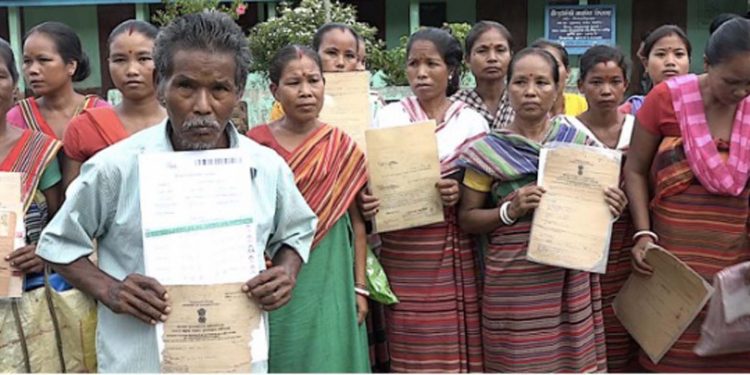 A fact-finding team of United Against Hate (UAH), a civil society group, which recently visited Assam after the publication of the final NRC, found that the ‘objective of NRC seems to have lost”.

The objective of the National Register of Citizens (NRC), which is the culmination of Assam Movement and 1985 Accord, was to identify illegal migrants after partition and mainly after creation of Bangladesh and to remove the stigma of being labelled as ‘foreigner’ among a section of society.

But as per the fact-finding team of UAH the final NRC “resulted in a divided and scared society”.

“The historic NRC exercise has already deeply impacted Assam’s society and created scar on minds of large population of the state which will take generations to repair,” the team concluded in its report.

Also read: After decades, NRC reminds many of their past in Assam

“In the absence of community wise break up it is not clear which linguistic and religious groups have borne the brunt of exclusion in the final NRC,” the UAH report said.

“There is widespread fear among the people about their future and status of citizenship,” it said.

Now 1.9 million people of Assam facing statelessness have to defend themselves before Foreigners Tribunal with the burden to prove their citizenship on themselves, it further added.

Also read: 200 sex workers in Silchar fail to enroll as citizens in the final NRC

“The objectivity and fairness with efficiency are minimum expectations from FTs,” the report said.

It further concluded, “Ground situation and previous record as examined by the Fact Finding underlines that FTs have miles to go to ensure justice and fair play.”

The fact-finding team met several people from September 5 to 8, 2019 including lawyers, members of civil society and other stake holders to make an assessment post-NRC publication.

“Not only that Assam government is building seven new detention centres in different parts of the state to house its own people who have been declared stateless,” it stated.

“As the world’s biggest democracy and torchbearer of democracy in the developing countries is India aping Myanmar? The Southeast Asian nation persecuted Rohingya community and drove at least one million people out of the country.”

Today they are living as stateless citizens in Bangladesh’s Cox Bazar area in a very pathetic condition without any hope for the future.

“Almost the same future awaits to thousands of people in Assam who have been declared stateless,” it said.

“But the FT is acting like a political agent of the ruling party executing a specific task of declaring as many Bengali speaking people, mostly Muslims, foreigners as possible,” it alleged.

“What is happening in Assam today diminishes India as a democratic and secular nation,” the UAH report observed.

“Unprecedented humanitarian crisis that India has created in the form of stateless citizens lowers the country’s international stature and standing,” the report said.