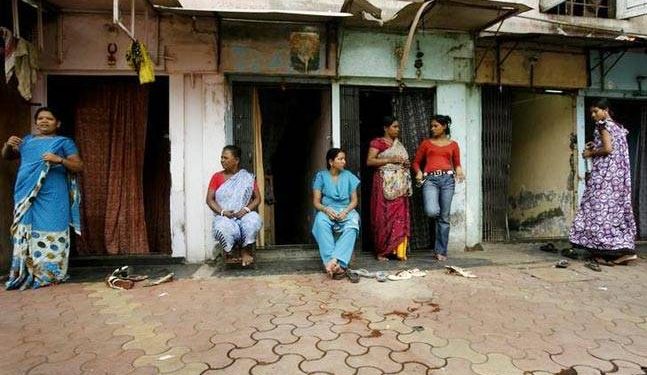 More than 200 sex workers in Silchar are now caught on the edge as they failed to register their names in the NRC.

The National Register of Citizens (NRC) authority on September 13 published the final status of the 3.3 crore people of Assam who had applied for inclusion in the updated citizens’ registry.

A total of 1.907 million people failed to qualify as citizens of India as per the final NRC.

Interestingly, more than 200 inmates of infamous red-light zone in downtown Silchar, the largest city of South Assam, failed to qualify as Indian citizens.

Investigations by Northeast Now revealed that the sex workers failed the NRC test because their family members refused to share their legacy data.

Most of the inmates even failed to apply for the NRC process for not having ‘substantive’ documents to submit along with it.

The red-light zone is located near downtown Premtala of Silchar, and is called ‘Chouddo Nombor Galli‘ (Lane Number 14).

The Chouddo Nombor Galli is the largest active brothel of northeast, having close to 200 sex workers, almost all, victims of human trafficking.

“The ladies who end up here are mostly victims of human trafficking,” a social rights activist said.

Unlike the sex workers of Kolkata’s Sonagachi, the inmates of red-light zone of Silchar neither have voter identity cards nor Aadhar cards.

Several women lawyers, including NGOs working for women rights in Silchar, are fighting to provide the sex workers their due recognition, including documents proving their identity as Indian citizens.

Tuhina Sharma, member of the District Legal Service Authority (DLSA), told Northeast Now that the sex workers are also part of the society, and they have every right to be Indian citizens.

“It is sad that we don’t accept the sex workers with dignity,” Sharma said, adding that they have been visiting the red-light zone regularly for AIDS control programmes and also organised free health camps.

Sharma said in 2017, the DLSA tried to include the sex workers in the voters list. But, the attempt went in vain as most of them did not have any personal documents.

The Lane number 14 is owned by Silchar Municipality Board. “But, there is no owner of the brothels. So, there is no scope for the inmates to get any recognition or a document from the place they work,” she said.

Members of Silchar based socio-cultural organization, Aswash, working on health condition of this sex workers for the past five years, are also concerned with the exclusion of the sex workers as citizens.

Arundhati Gupta, founder member of Aswash, said, “We all are aware that there is a big red-light area in our town, but, we just can’t ignore the fact that the rights of the sex-workers are now being ignored.”

Most of the inmates of the red-light zone are victims of trafficking, and several times in the past, people of Silchar even tried to totally uproot it.

“But, we cannot just hate them and leave them as they are living in this despicable situation,” Gupta said.

“We didn’t choose the work as most of us are victims of the situation, and now we cannot come out of it as the civil society won’t accept us with open arms,” a sex worker told Northeast Now on condition of anonymity.

Another sex worker said they seriously wanted to apply for the NRC. “And some of us even tried to submit the forms, but as our family members refused to accept us,” she said, adding, “We are now scared. They government may force us to leave India, or may put us in a detention camp.”