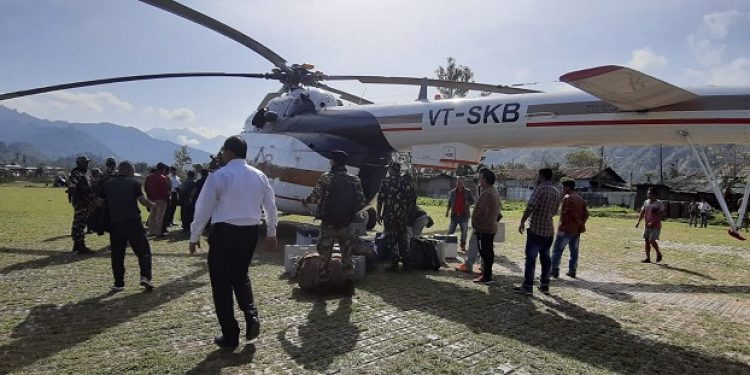 Polling officials, tasked to conduct elections at remote polling stations, were once again airlifted to several remote parts of Arunachal Pradesh on Friday and Saturday.

The team which was airlifted on Friday would cover the Niobia, Zara, Keba, Tedung, Pipsorang, Korsang and Koapu polling stations under Tali Assembly constituency in Kurung Kumey district.

A team of 35 polling personnel, who flew on Saturday from Daporijo would cover the Taksing, Gumsing-Tayeng, Kacha, Redding and Ngoring polling stations in Taksing circle under Upper Subansiri district.

With this, the movement of polling personnel to remote polling stations by choppers has been completed, the release added.

Assembly and Lok Sabha elections in the state would be held simultaneously on April 11.