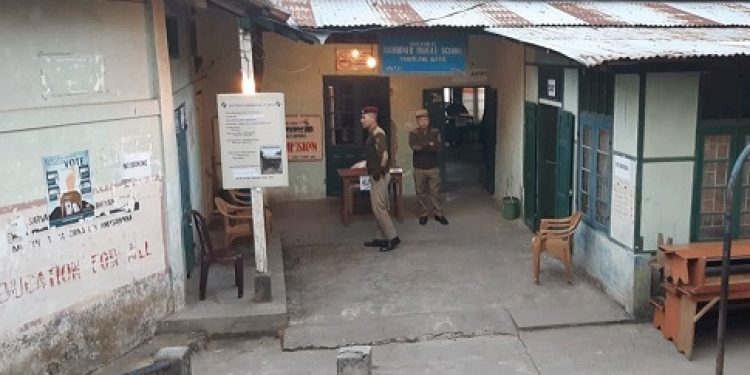 Polling began to the 40-member Mizoram Legislative Assembly at 7 am on Wednesday morning amid unprecedented security in all the 1,164 polling stations in eight districts across Mizoram.

The Election Commission has made elaborate arrangements to hold the elections and taken several security measures to ensure free and fair polls.

Earlier, a month-long high-octane campaigning came to an end on Monday afternoon with as many as 209 candidates in the fray for the 40-member Assembly.

The State will be witnessing a single-phase election and results will be declared on December 11.

The Congress party, which has been in power in Mizoram since 2008, is eyeing a third consecutive term in the State.

In the last election held in 2013, Congress had fielded 40 candidates winning 34 of them comprehensively, whereas Mizo National Front (MNF), the main opposition party secured only five seats after contesting 31 seats.

This time, the Bharatiya Janata Party (BJP) is leaving no stones unturned to make inroads into Mizoram, the only state left in the Northeast ruled by the Congress.

The BJP has fielded candidates for 39 seats, while both the Congress and MNF are contesting in all 40 constituencies this time.

Meanwhile, on Tuesday Chief Electoral Officer Ashish Kundra informed that the officials escorted by the security personnel have already left for the 1,164 polling stations in eight districts.

He said that around 40 all-women managed polling stations have been set up across the constituencies in which the entire polling staff, including the police and security personnel, are women.

“The VVPAT (Voters Verifiable Paper Audit Trail) machines would be used along with EVMs (Electronic Voting Machines) in all the 40 constituencies to enhance transparency and credibility of the elections,” the Joint CEO told the media.

A total of 209 candidates, 67 higher than in 2013 state polls, are in the fray for the Wednesday’s Assembly elections.

Of the 209 candidates, 15 are women. In 2013, only six women had contested and none were successful.

Polling will end at 4 pm.