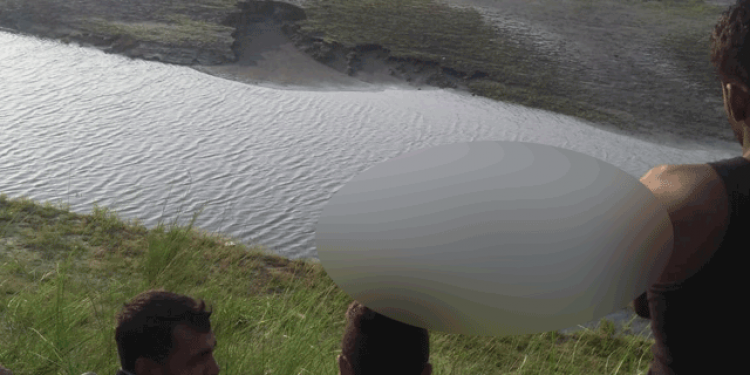 The body of the minor girl (blurred) floating at the Brahmaputra sand bar in Guwahati. Image Credit - Northeast Now

Investigation is still on behind the mysterious death of an 11-year-old girl whose body had, recently, been found in a sand bar of the Brahmaputra river at Kharguli in Guwahati.

According to reports, three young boys were present with the girl before the incident took place.

The boys told the police that they went with the girl near the riverside to kill their free time.

They also claimed that when they went to take a bath in the river, the girl also went with them and had accidentally drowned.

The police had recorded the confessional statement of the boys and they w ill be produced before the juvenile justice board after getting the post-mortem report of the girl.

According to the police, the three boys had not disclosed anything about the incident due to fear.

The body of the girl was first spotted by a fisherman. The local people immediately informed the Latasil Police station authorities.

The girl went missing from the noon of April 15 last.

The minor girl’s mother had filed an FIR at the Latasil Police Station on April 15 itself regarding the daughter who had gone “missing”.

The Latasil Police had filed a case under IPC Section 363 No 115/19 based on the mother’s complaint.

The minor girl’s uncle said that on April 15 last at around 1 pm, the girl – along with three other small boys – took Rs 20 from him and had cold drink.

The uncle further revealed that an hour after that, the girl went missing along with the boys.