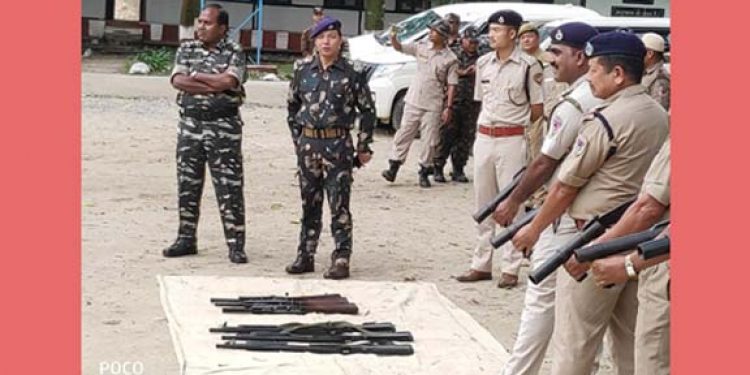 The Capital police in collaboration with the 138th Battalion of Central Reserve Police Force (CRPF) recently conducted a four-day refresher training of security personnel on handling of anti-riot equipments and carrying out anti-riot drills at the CRPF camp in Senki View near Itanagar.

A total of 53 officers including Capital superintendent of police, sub-divisional police officers and officers in-charge of police stations in the Capital Complex and police personnel were imparted basic training on handling of anti-riot arms and equipments such as gas and anti-riot guns, pump action 12 bore guns, tear smoke and chilly powder shells, dye markers, rubber pallets and bullets.

A practical firing practice of various anti-riot arms and equipments were also conducted during the training.

The training was felt necessary keeping in view of the recent large scale violence that took place during the anti- PRC (permanent resident certificate) protests and also to maintain peace, law and order in the Capital region. This will also built a sense of security among the citizens in the days to come, especially in connection with the declaration of election results,” Capital SP Tume Amo said.

The SP added that more such trainings would be conducted in the coming days.

Taking opportunity Amo has also requested the people of the State to maintain peace and assist the police in achieving the same.