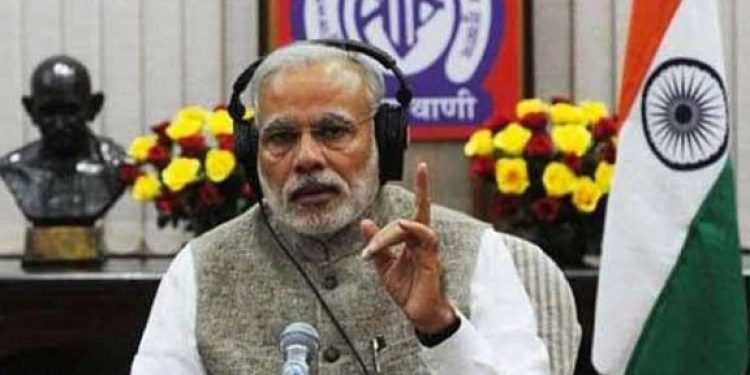 Prime Minister Narendra Modi, in his monthly radio programme Mann Ki Baat, is expected to inform the countrymen of India’s progress in the fight against the COVID-19.

He is also expected to share his views on the road ahead in Mann Ki Baat, which is scheduled for 11 am on April 26, All India Radio (AIR) said in a statement.

Since the nationwide lockdown began on March 24, the Prime Minister has made several addresses to the nation.

In the addresses so far Modi has tried to reach out to the people, where he even apologised for the government’s tough decisions.

Modi also spoke on the need to care for the poor, and honoured the frontline workers in the fight against COVID-19 while outlining the next course of action.

The AIR, in its statement, further informed that the April 26 broadcast will originate from AIR Delhi and be relayed by all AIR stations, AIR FM channels, including FM Gold and FM Rainbow, local radio stations and all five community radio stations.

“All DTH originating stations will make arrangements for simultaneous broadcast of this programme on their channels,” the statement added.

It also added that the regional versions of Mann Ki Baat will be broadcast by non-Hindi capital AIR stations immediately after the closing announcement from AIR Delhi on the completion of the original broadcast.

“These will be relayed by all AIR stations, including local radio stations in regional languages,” the statement added.