Be a part of development: Arunachal Pradesh legislator exhorts people 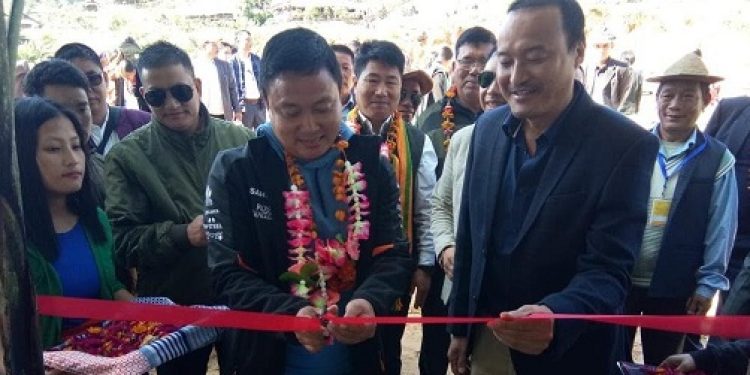 Addressing a gathering of local government officers, public leaders and BJP workers, Karbak said that the galleries were supposed to be inaugurated way earlier, however, the same was put on halt due to court cases.

Taking opportunity, the MLA appealed the people to stop filing unnecessary cases against works and projects which are meant for the development of a particular region.

“The State Government will do all it takes to bring development in the district, however, we have to support the government’s efforts and stay away from creating unwanted hassles. Let us all be a part of development,” Karbak said.

The MLA further announced that Yomcha would soon have a state of the art stadium of its own soon.

The much required infrastructure for the GHHS was constructed by one Jardo Gamlin, a local public leader in memory of his late mother Bopak Ronya Gamlin.

Karbak, while appreciating the efforts of Jardo called upon all those who can afford to follow suit and create infrastructures in the name of their parents at schools, hospitals and important public places.

“Building infrastructures that will help others in the name of our parents, especially mothers would be a great tribute to them,” the MLA said.

ADC Tayeng and GHSS vice principal also spoke on the occasion and lauded the endeavor of Jardo Gamlin.