As some parts of the OIL's 7 blocks in Arunachal fall under reserve forests or wildlife sanctuaries, exploration is yet to start 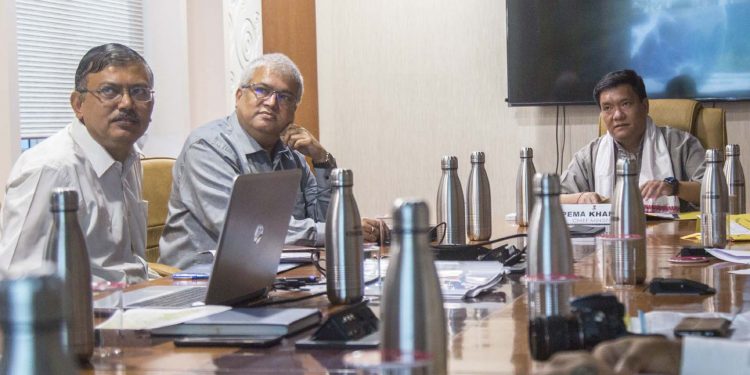 OIL has 7 blocks of interest in Arunachal Pradesh, mostly in the eastern parts, which also share boundaries with Assam.

The OIL officials made the request to Khandu so that environment clearance can be obtained from the union ministry concerned to begin the survey and exploration in the blocks.

Khandu said his office is always open to any coordination and support required by the OIL and directed the department concerned to fast-track the issuance of forest clearances wherever needed.

As some parts of these blocks fall under reserve forests or wildlife sanctuaries, exploration in these parts is yet to start as the company needs environment clearances.

While OIL’s petroleum exploration licence (PEL) for the Namchik and Jairampur Extension blocks are still valid, PEL for the Demoali block is under process with the ministry of petroleum and natural gas, the official informed.

Khandu during the discussion urged the OIL to become important ally of his government which has been giving top priority to investment, employment and revenue generation.

The OIL officials, who were led by the company’s resident chief executive Pranjit Deka, called on Khandu at his office in Itanagar on Monday.

During the meeting, the OIL officials explained in details the activities of the petroleum company in Arunachal Pradesh, its plans and proposals and issues wherein the state government’s cooperation is required.

They said with availability of fossil fuel in the region, the company is ready to enhance its production, which will subsequently increase the revenue generating capacity of the Arunachal government.

According to the officials, OIL has paid about Rs 5 crore to the state government as royalty in the last financial year.

With the increase in production levels, they said, this would shoot up in coming years.

The officials also informed about the latest status of the proposed cross-country pipeline project that would start from Kumchai (Kharsang) in Arunachal Pradesh to OIL’s Duliajan Field Gathering Station in Assam.

They said a detailed project report (DPR) including soil survey and cadastral land survey will be submitted to the state government by the second week of October.

The proposed cross-country pipeline would cover a distance of 60 km of which 18.85 km will be within the territory of Arunachal Pradesh.

Chief Minister Khandu assured the OIL officials of all cooperation and support in their endeavours in Arunachal Pradesh.