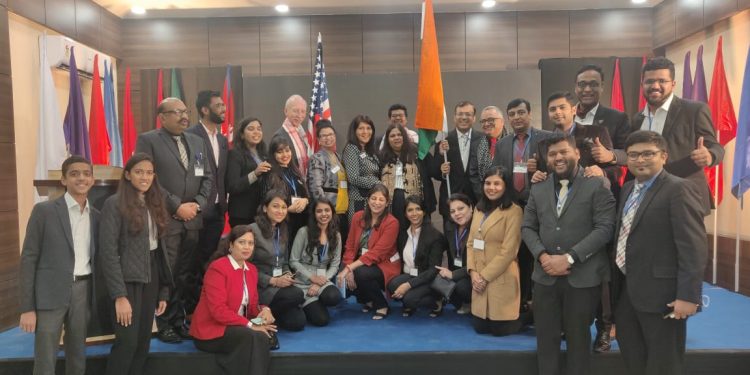 “The club is expending through Northeast to develop the public speaking among the people,” said Dibrugarh club president Vivek Deorah.

Toastmasters International was started in 1924 by Dr Ralph C Smedley.

It has come up in a big way in the north-eastern of of the country.

It helps people improve their communication and leadership skills under the able guidance of the division director Toastmaster Smita Narayan.

Toastmasters International is a non-profit educational organization that teaches public speaking and leadership skills through a worldwide network of clubs.

Toastmasters is committed to expanding by opening clubs across corporates, institutions and communities across the world and specifically in India.

“Our main aim to open the club in Dibrugarh was to attract the people in public speaking,” said Deorah.

Headquartered in Englewood, Colo, the organization’s membership exceeds 358,000 in more than 16,800 clubs in 143 countries.

“We have 12 clubs in the newly formed North East Division and that it is hosting the first NELCON-North East Leaders Conclave in Guwahati, Dibrugarh and Tinsukia,” Deorah added.

District 41 is part of Region 13 of Toastmasters International and comprises clubs in Northeast, Nepal, Bangladesh and Bhutan.

“We request support of all the corporates, institutions, entrepreneurs, educational institutions and communities to join and grow this initiative across India and particularly in the Seven Sister states,” said Deorah.