Northeast on alert: Beef ban murmur within BJP if it returns to power 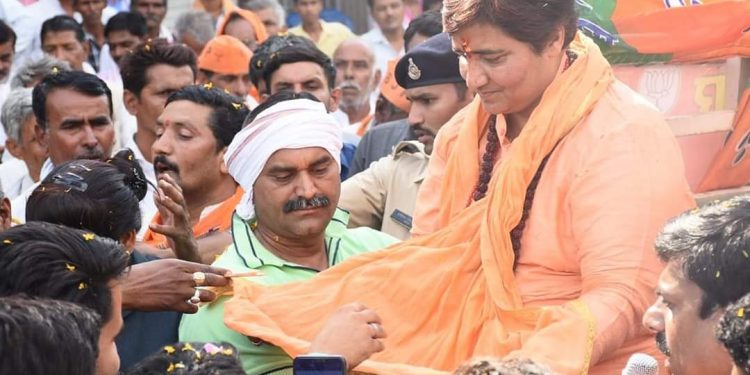 Beef ban has gained momentum in the inner circles of the Bharatiya Janata Party (BJP) even as the Lok Sabha polls, 2019 is drawing for a close.

With the poll battle heating up ahead of the elections, there were simmering murmurs within the BJP of bringing back the contentious Citizenship (Amendment) Bill, 2016 if it comes back to power after theLok Sabha elections which were later toned down during campaigning in the region.

Now, very recently firebrand leader Sadhvi Pragya alias Pragya Singh Thakur known for her sensational, inflammatory and controversial statements has proclaimed that if the BJP comes back to power at the Centre, it would totally ban consumption and sale of beef in north-eastern states, Goa as well as in certain southern states.

Pragya who invited criticism earlier for making similar controversial statement said this during an election campaign in Madhya Pradesh’s Sehore.

However, according to reports, these comments were not made before the media, or at any public meeting, but in front of a group of loyal followers.

Pragya is contesting in the Bhopal seat in this election. However, this statement assumes significance as several quarters have questioned why a BJP contestant in Madhya Pradesh is indulging in communal politics in North-east or other states which has nothing to do with the political agenda in Madhya Pradesh.

It may be recalled that Pragya had even went to the extend of stating that former Goa chief minister late Manohar Parrikar was punished by God for allowing sale and consumption of beef in his State.

Beef is widely consumed and is a staple food in almost all the states of the Northeast, and several regional leaders were quite skeptical when a section of BJP leaders had earlier raised the issue of ban on sale and consumption of beef in the region.

The saffron brigade has also been vehemently criticized by different regional parties of the Northeast during campaigning for the Lok Sabha elections for trying to intrude into the social fabric and food habits of the people of the region.

Now such statements from a BJP leader who is remotely associated with the Northeast is bound to have implications post election results.