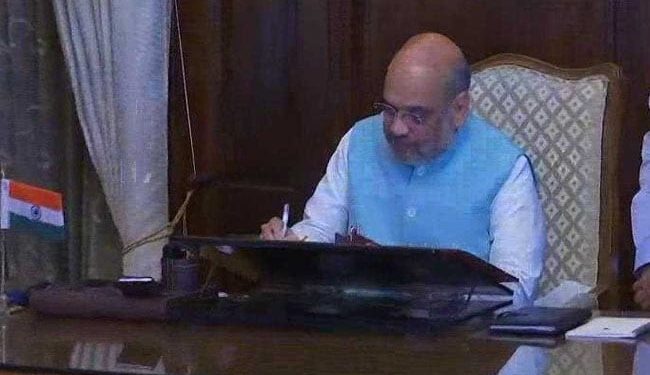 Shah who took the charge as India’s new home minister had a review meeting with senior officials of the ministry.

Though it was said as a general meeting to get himself appraised about the functioning of the ministry, senior home ministry officials said that Shah has taken special note as far as Northeast and Jammu & Kashmir are concerned.

Shah’s first day meeting with senior home ministry officials is an indication that his ministry will deal the internal security situation seriously.

This also assumes significance that Shah during the recently concluded Lok Sabha election said that his government would take all necessary steps to scrap Article 370 from Jammu & Kashmir and passage of the Citizenship (Amendment) Bill  in the Parliament.

“Country’s security and people’s welfare are the Modi government’s priorities. Under the leadership of Modi, I will try my best to fulfill all these priorities,” Shah tweeted after assuming the charge.