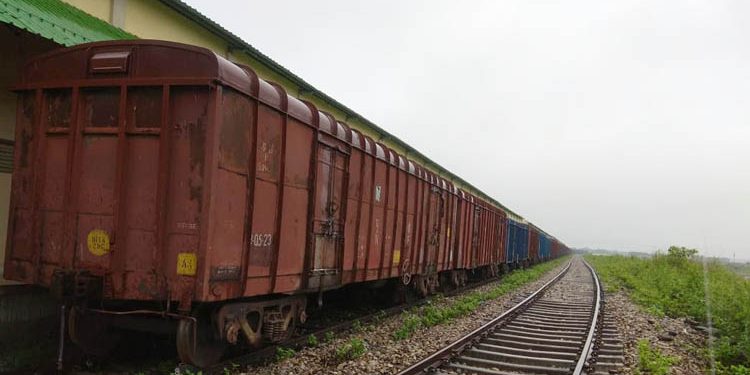 View of a freight train.

In the month of June this year, the Northeast Frontier Railway has unloaded 950 rakes of freight trains.

Informing this, the NF Railway said the railway unloaded 884 rakes in the corresponding period in 2020.

With this, the NF Railway has been able to achieve an increase of 7.47% and unloaded them in different goods sheds in its jurisdiction.

Despite Covid19 challenges, the Northeast Frontier Railway has managed to maintain high momentum of goods transportation to keep the economy moving and meet the requirement of essential and other commodities.

It is worth mentioning that Northeast Frontier Railway (NFR) released 11,659 freight rakes during the year 2020-21 against 9,731 rakes in the previous year, which is a growth of 20%, said a statement issued by Subhanan Chanda, the chief public relations officer (CPRO), NFR.

During June, 473 rakes of freight-carrying trains were unloaded in Assam, out of which 281 were loaded with essential commodities.

A total of 56 rakes in Tripura, 29 rakes in Nagaland, 5 rakes in Manipur, 5 rakes in Arunachal Pradesh and 7 rakes in Mizoram were unloaded during last month.

A total of 215 freight rakes in West Bengal and 160 freight rakes in Bihar were also unloaded during last month within the jurisdiction of NFR to meet the requirement of people of these regions.

Improved terminal handling facility and improvement in mobility due to enhanced maintenance efforts & continuous monitoring at all the level resulted in the reduction in turnaround time and increased unloading.

The average speed of goods carrying trains in NFR also increased by 28.5% from 36.10 Kmph to 46.40 Kmph during this month, the statement said.