AASU not to play any role in forming political party 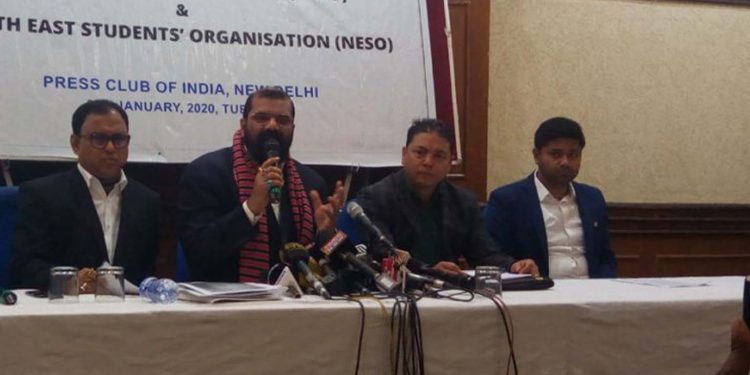 AASU chief adviser Samujjal Bhattacharya along with other leaders addressing the media in New Delhi on Tuesday. Image: Northeast Now

AASU ruled out the possibility of playing an active role in the formation of a new regional party in Assam.

AASU and NESO leaders were jointly addressing the media in New Delhi on Tuesday.

“Our stand is non-political and we will continue to maintain it. There is no possibility of forming a political party,” said AASU chief adviser Samujjal Bhattacharya.

“Both AASU and NESO will maintain a non-political stand,” he reiterated.

“The people of Assam have been betrayed by the political parties and there is immense pressure on us to form a new political party. People have been urging us to do so. But our stand is clear,” he reiterated.

“The Congress in its 15-year regime played the Muslim card and the ruling BJP is playing the Hindu card,” Bhattacharya added.

“The BJP is trying to implement CAA, which is against the hopes and aspirations of the people of Northeast. CAA should be scrapped or the entire Northeast must be left out of it,” he further added.

“The Citizenship (Amendment) Act has a communal agenda and it aims to polarise the people. It is dangerous for the socio-culture fabric of the country including Northeast,” AASU general secretary Lurinjyoti Gogoi said.

“It should be scrapped immediately,” he added.

“With the implementation of CAA the indigenous people in the state will become second class. This will be dangerous,” said AASU president Dipanka Nath.

The leaders further informed that the anti-CAA stir in Assam would continue until the Act is revoked.