No Bangladeshi tried to enter India after CAA: BSF

About 1,000 people were arrested in 2019 for illegal border crossings from India to Bangladesh, says BGB 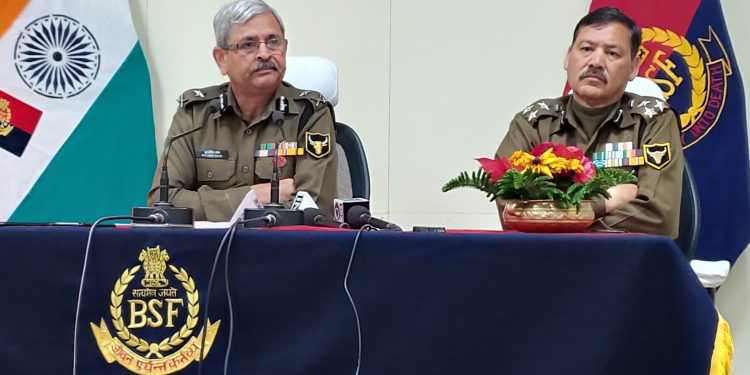 No Bangladeshi has tried to enter India through the porous border after the Citizenship (Amendment) Bill (CAB) became a law, claimed a top BSF official.

On Thursday, the Border Guard Bangladesh (BGB) director general Maj Gen Md Shafeenul Islam disclosed that a total of 445 Bangladeshi nationals returned from India in the last two months following the publication of the National Register of Citizens (NRC) in Assam.

Islam has said that about 1,000 people were arrested in 2019 for illegal border crossings from India to Bangladesh, and 445 of them returned home in November and December.

“The Bangladeshi media has reported the statement of the BGB that some persons have returned to Bangladesh from India. But we have not received any report of people from Bangladesh trying to enter India via the porous border of Meghalaya,” BSF Meghalaya frontier inspector general (IG) Kuldeep Saini told reporters on Friday.

He said while replying to a question whether Bangladeshis have tried to cross over to India by taking advantage of the Citizenship (Amendment) Act (CAA).

Saini said that the BSF has also not received any report of minorities in Bangladesh being persecuted.

Stating that the BSF will never allow people from both sides of the countries to cross the border illegally, Saini said it is also the duty of not only the BSF personnel to be vigilant, but the local people also have to be vigilant against illegal intruders.

The BSF IG said that a meeting with headmen/nokma of Meghalaya’s border villages was being called to discuss about the issue of illegal intrusion.

He informed that till date, fencing works have not yet started in 72.8km while works are in progress in 47km in Meghalaya mostly in West Jaiñtia Hills and East Khasi Hills district.