No more arrests for ‘offensive’ comments on social media 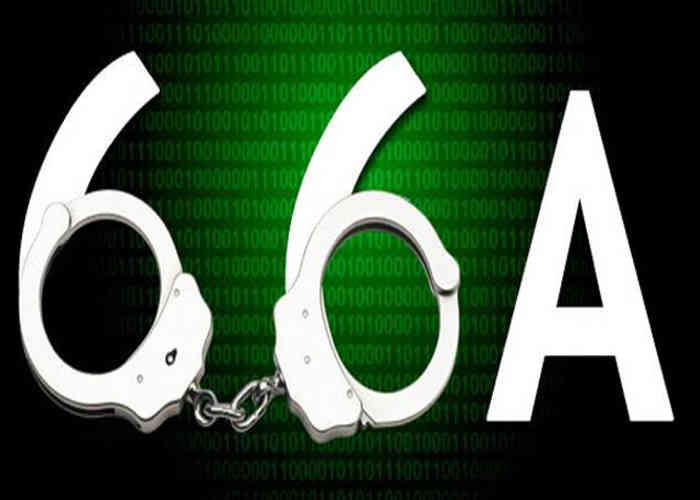 In a landmark judgment, the Supreme Court on Tuesday struck down Section 66-A of the Information Technology Act, 2000.

Section 66-A of the Information Technology Act, 2000 empowers the police to arrest a person for allegedly posting ‘offensive materials’ on social networking sites.

The judgment was pronounced by a bench of Justices J Chelameswar and Rohinton Fali Nariman in response to a PIL filed against the section.

The judges while pronouncing the verdict in a packed courtroom viewed that Section 66-A violated the fundamental right to freedom of speech and expression and was therefore was illegal.

‘Section 66-A of the IT Act is struck down in its entirety,’ said the apex court bench of Justice J Chelameswar and Justice R F Nariman, according to agencies reports.

Terming liberty of thought and expression as ‘cardinal’, the bench also said, “The public’s right to know is directly affected by Section 66-A of the Information Technology Act,” according to reports.

“Our Constitution provides for liberty of thought, expression and belief. In a democracy, these values have to be provided within constitutional scheme,” a report in The Tribune stated quoting Justice Nariman.

Calling the written word of the provision, which comprises terms such as ‘annoying’, ‘inconvenient’ and ‘grossly offensive’, vague, the apex court said, “What may be offensive to a person, may not be offensive to others.”

The Bench further added that ‘governments come and go but Section 66-A will remain forever’.

The Supreme Court, however, refused to strike down two other provisions of the IT Act that provide blocking of websites.

There were instances in Assam and some other north-eastern states when individuals were arrested for allegedly posting offensive comments on social media.