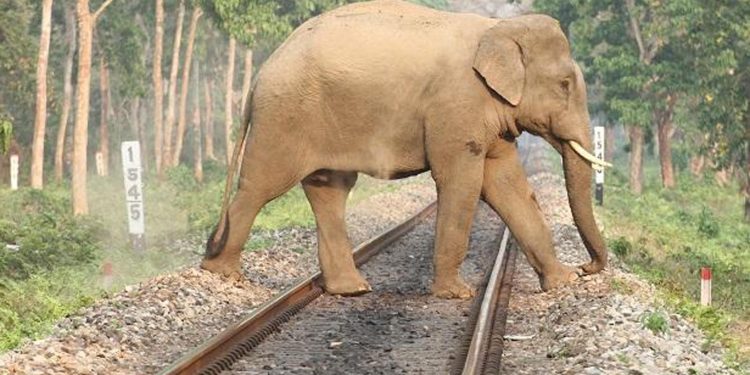 Various preventive measures initiated by the Northeast Frontier Railway (NFR) so far have resulted in saving of more than 140 elephants during the current year.

This was informed in a press statement issued by N F Railway on Tuesday.

There are 67 notified elephant corridors which are notified jointly in consultation with the Forest department of the respective state in five divisions of NFR (Katihar, Alipuruar, Rangiya, Lumding and Tinsukia).

It has been noticed that wild elephants often cross railway track through areas which are not notified as corridor, it informed.

However, the NFR has taken various initiatives to avoid train-elephant collision including installation of Laser Speed Radar Gun to detect over speeding cases in elephant zones.

This was informed in the statement issued by Subhanan Chanda, NFR chief public relations officer.

All train drivers have been counselled to observe all permanent and temporary speed restrictions, fixing of buzzer with Honey Bee sound at level crossing gates of vulnerable locations and staffs of pantry car as well as train passenger are being sensitized not to throw any eatable/leftover on or near the railway track so that elephants or any other animals don’t get lured to the track, it stated.

Signage boards have been provided at all identified elephant corridors to pre-warn driver and clearance of vegetation on both sides of railway track to improve visibility of drivers, it added.

Moreover constructions of ramps, passage, underpass, overpass and fencings at various vulnerable locations have also been done and under way to avoid elephant casualty, the statement further noted.

The measures initiated by railways, it added, have been able to reduce the train – elephant collision related incident as well as casualty by a great extent.