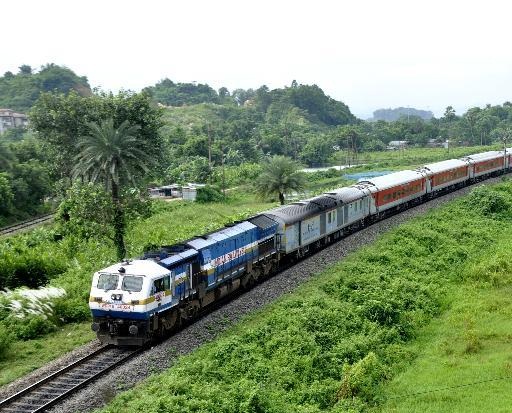 NF Railway has started to electrify all its routes, to fulfill the ambitious project ‘Mission Electrification’ of Indian Railways successful.

Electric operation has been inaugurated on NFR lines from Katihar to other parts of the country since March, last year while Katihar-Kumedpur-Old Maldah – Singhabad section has also been commissioned on January, this year to run the trains over that section. The works for the section Kumedpur – Barsoi – Kishanganj -New Jalapaiguri – Raninagar(Jalpaiguri) is also in advance stage and due to be completed within March-2019.

Most importantly targeted time to run electric service train up to Guwahati has been fixed within 2020. In this connection the railway electrification works from Raninagar (Jalpaiguri) – New Bongaigaon – Guwahati section has also been sanctioned and works is going on.

Already work of drawing transmission lines to these sub stations have also been awarded for New Mainaguri, Pundibari, Gosaigaon Hat, Nalbari and work in progress.

At some places first foundation works for OHE (over head equipments) masts have been started and also sub-station works have been started to facilitate for 25 KV electric supplies to overhead lines. Sections will be commissioned in a phased manner to electrify upto Guwahati and beyond Guwahati upto Dibrugarh, reports TME.