City buses will not have handymen; city buses will halt at alternative stops; new routes coming up; no stop within a distance less than 1 km 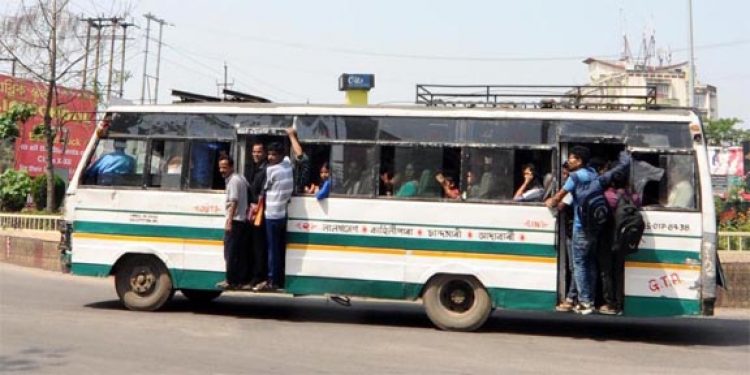 In order to ease traffic congestion in Guwahati, the Kamrup (M) transport department has prepared new guidelines for the city buses.

If you are a resident of Guwahati or you visit the city by using city bus as a mode of communication, you will have to be more careful while boarding a city bus.

Informing about the new guidelines, Kamrup (M) district transport officer (DTO) Bapon Kalita told Northeast Now on Thursday, “The routes in which the city buses are currently running will be completely changed.”

He also said earlier there were 22 routes for city buses, but now there will be 37 routes.

The transport department will also bring drastic changes in the city bus stops.

Though the passengers will be able to board a city, he or she will not be able to get down as his or her wish because a city bus will not halt at all the bus stops.

“A city bus will not be able to halt at the same stop. For each city bus, the stops will be different. The bus stops will be named according to the routes,” said DTO Kalita.

Stating that there will be no handymen in city buses, Kalita said beisides the driver, only the conductor will be in the bus to collect fares from the passengers.

Earlier, the bus owners’ association had the authority to issue permission for running buses in the city but now, the transport department will issue permits.

On the other hand, earlier, the drivers-handymen had kept city buses waiting for longer period as their wish but now, they will not be able to keep the buses waiting for more than 2 minutes at a bus stop, he added.

The bus driver’s photograph will have to be pasted on the left side of the front glass of the bus so that it is visible even from a distance of 50 metres.

The photograph will have to bear the signatures and seals of high level officials of the DTO office, said Kalita.

Stating that the distance between two stops will have to be not less than 1 km Kalita said, “The stops which have been constructed within a distance of less than 1 km will be destroyed and this will be done by the Guwahati Municipal Corporation.”

Informing that the new guidelines will be implemneted from next week, Kalita further said, “We have done evrything on our part. Notification has also been issued. Only the GMC has to name the routes which will be done in a day or two.”