Central government has failed to protect the innocent students of the premier institute: NESO 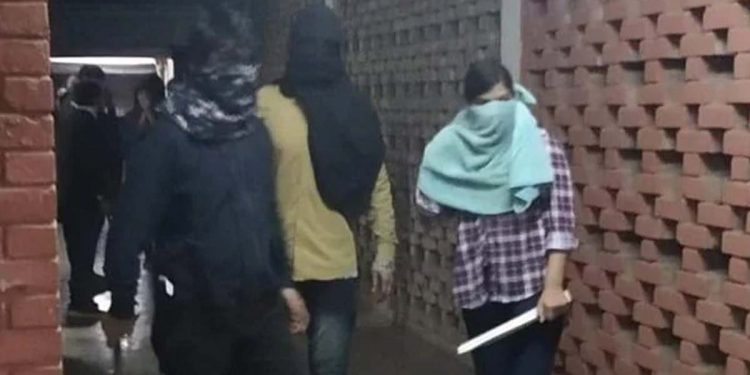 The North East Students’ Organisation (NESO) on Tuesday slammed the Central government for the violence at Jawaharlal Nehru University (JNU).

Terming the attack on JNU students and faculty by masked mob as “barbaric”, the NESO alleged that the central government has failed to protect the innocent students of the premier institute.

The NESO will register protest against the violence on January 8 and 9 by hoisting black flags at Assam’s educational institutes.

Right wing Akhil Bharatiya Vidyarthi Parishad (ABVP) activists on Sunday evening went on rampage on the JNU campus and brutally assaulted students and faculty members besides vandalising the hostels of the university.

Armed with brick, stones, rods and cricket bats, masked ABVP goons attacked the students, particularly from J& K and Northeast besides the students and teachers affiliated to left organisations.

The attack sparked massive outrage in the top educational institutes across the country with students taking to streets in Delhi, Mumbai, Chennai, Hyderabad, Bangalore, Kolkata and Guwahati.

In Guwahati, students from Gauhati University, Tezpur University and Cotton University joined a march from Nehru Park to the Guwahati Club rotary.

JNU professor Sucharita Sen, who suffered head injuries during an attack on students and teachers in the university campus on Sunday, has filed a police complaint.

Sen said outsiders had gathered at the university campus with sticks, rods, and deadly weapons.

She said she was first hit with a large stone on her shoulder and then with even a larger one on her head, following which she fell on the ground bleeding profusely.

An FIR has been registered against JNUSU president Aishe Gosh. However, the complaint was filed before January 5 when when the university campus came under violent mob attack masked mob.