She announced that the government of India has a target to double the number of visiting tourist to northeast India double by the next three years. 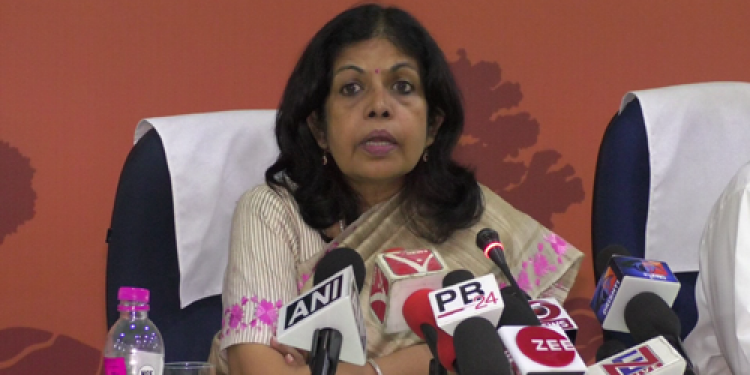 Verma was speaking to media in the sidelines of the International Tourism Mart, in which 52 foreign delegates from 18 countries are taking part.

She added that globally there has been a change in the tourism trends and today tourist instead of sightseeing prefer experiential tourism and in which Northeast India has an advantage thus is a more popular destination for foreign tourists.

According to Verma, the government of India is focusing in developing tourism in Northeast India as unlike other parts of the country where tourism is a seasonal event, this part is round the year tourist destination since even during the summer the weather in this region is pleasant and an additional attraction is its rich flora and fauna.

She announced that the government of India has a target to double the number of visiting tourist to northeast India double by the next three years.

According to her, the tourist visiting the Northeast region was highest last year with 10.2 million and which was for the first time a double-digit.

According to her among the eight North-eastern states, Tripura had the highest number of foreign tourist visiting the state last year while in domestic tourist scenario the state’s position is forth.

Verma informed that Sikkim had 13 lakh domestic tourist last year and the number is three times the state’s population thus crowding the state capital Gangtok. So the government of India and Sikkim is trying to open up a new destination to attract more foreign tourists.

She said the government has been using various social and digital media to showcase the tourism potential of the country.