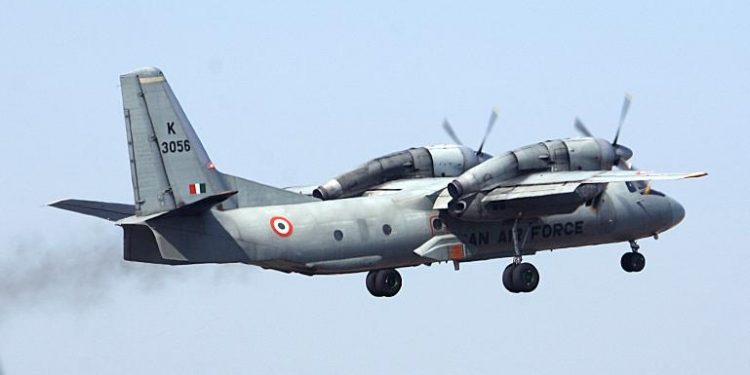 A team of the Indian Navy on Tuesday joined the search operation to locate the IAF’s AN 32 aircraft which went missing on Monday while flying from Jorhat to Mechuka in Arunachal Pradesh.

The AN-32 aircraft of the IAF remained missing even as the IAF deployed best of its technologies to trace and locate the aircraft which went off the radar with 13 air within 35 minutes of its take off from Jorhat on Monday afternoon.

Defence spokesman Wing Commander Ratnakar Singh said the IAF has its continued extensive efforts to locate the missing AN-32.

“Indian Navy’s long range Maritime Reconnaissance aircraft P-8I took off from INS Rajali, Arakonam in Tamil Nadu and is heading to join the search and rescue operation in Arunachal Pradesh.

The P-8I is equipped with foreign and indigenous sensors for maritime reconnaissance, anti-submarine operations and electronic intelligence missions. It is fully integrated with state-of-the-art sensors and highly potent anti-surface and anti-submarine weapons.

Apart from this, the Indian Space Research Organization (ISRO) has also pressed into service of satellites, mainly the RISAT to help the rescuers on the ground locate the wreckage of the missing AN-32.

“Apart from this, continuous coordination is being carried out with Indian Army, ITBP, various government and civil agencies which have been carrying out search operation on the ground,” Wg Cdr Singh said.

The IAF, Army and civil administration in Arunachal Pradesh had already launched a massive search and rescue operations between West Siang and Shi -yomi districts along the Indo-China border since Monday. However, the rescue parties are yet to come across any wreckage of the AN 32.

The AN-32 took off from Jorhat at 1227 hrs for Menchuka ALG on Monday. The aircraft last contacted ground control at 1300 hrs and there was no further contact with the aircraft.