Joined NNPGs to be a part of the peace process to secure better future for Zeliangrong people: ZUF 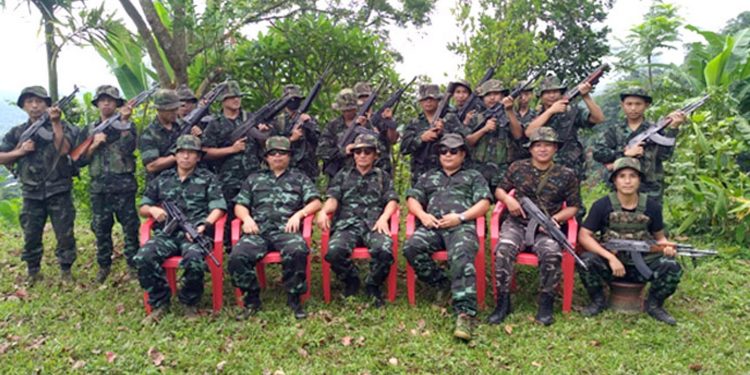 The Zeliangrong United Front (ZUF) on Tuesday said it joined the NNPGs to be a part of the peace process to secure better future for the Zeliangrong people living in Assam, Manipur and Nagaland.

The ZUF in a release said it decided to join the Naga National Political Groups (NNPGs) as the latter were holding talks with the Centre alongside the NSCN (IM) to resolve the Naga issue.

October 31 was set by the Centre as the deadline to conclude the negotiations.

The release said as the Centre had taken a stand not to accept any more tribal outfits in the process, the ZUF decided to ally with the NSCN (Unification) for Naga political solution and for the better future of the Zeliangrong people.

It said after careful analysis of the pros and cons and the course of eventualities, the ZUF joined the NNPGs in the peace talks as an integral part of NSCN (Unification) or GPRN/NSCN.

ZUF was assured that the political aspirations of Zeliangrong would be kept alive and pursued through democratic political processes in post solution scenario, the release said.

The Zeliangrong people have been struggling for a single administrative and political system for a common homeland, it said.

ZUF said the Zeliangrong areas were being encroached and colonised by non-indigenous Zeliangrong tribes on the pretext of political conflict with India.

It alleged that the peace talks and the protection from the government of India became a license for NSCN (IM) to commit all atrocities and unleash reign of terror on Zeliangrongs.

It said despite several protests, the government of India did not do the needful and the spate of killings and atrocities continued.

“The intolerable situation had compelled the formation of a youth force to protect our people from enemies to further divide the Zelingrong people,” the release said.

“Once the agreement is signed between the government of India and the negotiating parties, all armed outfits will be in the path of neutralisation and may cease to exist eventually,” the Front said.

The Front said it realised that if it remained independent and not be a party of the peace process, the younger generation of Zeliangrong people would have no future post solution.

The Naga people are the living witness to the “unfruitful political negotiation” with the NSCN (IM) which was dragged for 22 long years without any positive outcome, it said.

The Front added that the NSCN (IM) after failing to convince the Centre on its demands had “at last jumped into the agreed points of the NNPGs”.

The Zeliangrongs of three states will now work together with the NNPG, it said.