We stand by Article 371A of Indian Constitution: Nagaland Congress 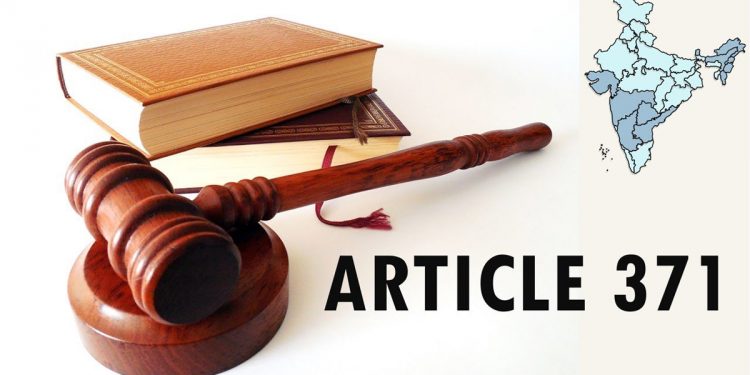 The Nagaland Congress on Sunday said they stand by the Article 371A of the Indian Constitution.

The resolution was taken during the extended executive committee of the NPCC in its meeting held on January 17, 2020, at the Congress Bhavan, Kohima, the Nagaland Congress said in a statement issued on Sunday.

“On the Naga political issue, the house noted that Naga political dialogue has ended on October 31, 2019, after nearly 23 years of negotiations where other stakeholders like Tribe Hohos, Nagaland GB Federation and different Civil Societies were consulted in multiple meetings,” it said.

“Therefore, it resolved to express our appreciation as all negotiating groups were taken onboard in the concluded negotiations while reiterating that in democracy, the views of the stakeholders must reign supreme,” the NPCC added.

During its meeting, the NPCC also resolved to urge the central government to implement political solution under non-partisan government in Nagaland as it has also been the commitment of all legislators cutting across party lines to pave the way for final political solution.

On the Citizenship Amendment Act (CAA), 2019, the meeting of the NPCC reiterated to reject “this divisive CAA in its present form as exempting Nagaland on the basis of ILP is nothing but a ploy to fool our people”.

“Nagaland and all other Northeast states are facing a huge influx of illegal immigration that has already changed the demography of the region,” it said.

“Through the prism of NE states, CAA is to legitimize those left out of NRC in Assam while in the nation, CAA has made religion as the basis of nationhood which is in direct contravention of Article 14 of the Constitution,” the Nagaland Congress said.

The NPCC said implementation of the CAA-NRC across the nation will deal a lethal blow to the secular fabric of the constitution and reduce other religious minorities and oppressed castes to total irrelevance and stateless beings.

The meeting resolved to urge both the ruling PDA government and opposition NPF to immediately pass a resolution in Nagaland Legislative Assembly urging the Central government for withdrawal of CAA 2019 and also express its opposition to the implementation of NRC/NPR in the state.