371A protects the social practices, religion, customary law, civil and criminal justice ownership and transfer of the land, says Rio 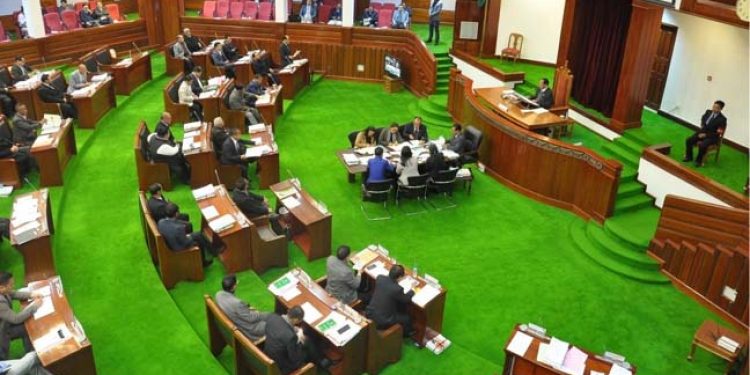 Nagaland chief minister Neiphiu Rio on Friday asserted that the Nagas are fully protected by Article 371A and the existence of Nagaland as a state is not in question.

Replying to the points raised by Opposition Naga People’s Front (NPF) members on Article 371A and Naga issue among others on the second day of the 3rd session of the 13th Assembly, Rio made specific mention of point No. 16 of the 16-Point Agreement, incorporated in Article 371A, which says the Bengal Eastern Frontier Regulation Act, 1873, remains in force in the state.

The Act protects the social practices, religion, customary law, civil and criminal justice ownership and transfer of the land, he said.

Rio agreed to the suggestion of NPF MLA Imkong L. Imchen to hold a special session for discussion on the Citizenship (Amendment) Bill.

“If we unite, we can save our people,” he stressed.

Rio said, “The Supreme Court will protect the integrity of the country and not the Nagas. Even in Lok Sabha and Rajya Sabha the Nagas don’t have the numbers.”

“Therefore, we all need to come together and protect ourselves and fight for our rights,” he said.

He said the members are not far apart and the discussion was just about the matter of being in treasury and Opposition benches.

The Chief Minister said six resolutions for integration of contiguous Naga areas were taken in the Assembly in the past years. “So, there is no issue of questioning the integration,” he said.

He claimed that the government of India is also with “integration” and added that it has to go through democratic process as per the Centre.

He urged all concerned to participate actively and voice out their thoughts during the forthcoming meetings with the Centre’s interlocutor for Naga talks R.N. Ravi. He also appealed to the House to create a congenial atmosphere for expediting the political talks.

Rio cited financial constraints and incessant rains for which some of the promises could not be accomplished. “But the people have appreciated the visible developments that have taken place recently,” he said.