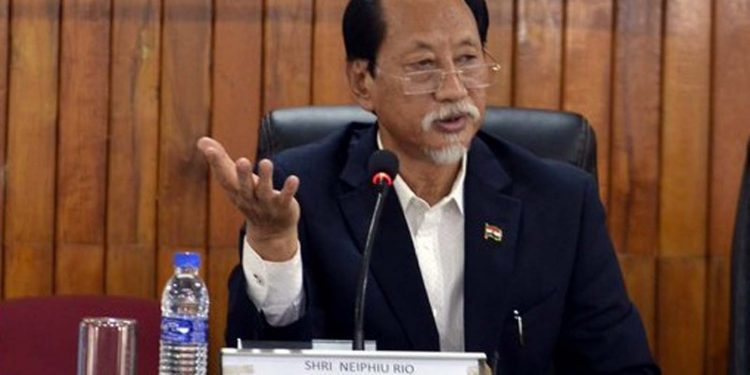 Koutsu passed away in Kohima on Tuesday.

Late Satuo was a prominent entrepreneur and business person, social worker, civil society leader and public servant, according to reports.

He was a well-known personality and served the society in various capacities, which included leadership in civil society organizations, member of Kohima Town Committee and office bearer of sports associations.

He was also a renowned sportsperson and his achievements in the field of wrestling are still remembered till today.

In a condolence message, Rio stated that ‘he has known late Koutsu as a person who always had sincere concern for the welfare of the public and he was always available for am responsibility that arose to serve the people.

“He leaves behind a rich legacy in various fields and our society will miss the absence of an elderly person especially the wisdom and guidance he imparted during these crucial times,” Rio said.

“My family joins me in conveying our deepest condolences to the members of the bereaved family and we pray to Almighty God to let the departed soul rest in peace,” he added.

The Nagaland Olympic Association has expressed deep pain at the demise of Satuo Koutsu.

Late Koutsu was a champion wrestler who won numerous laurels during his playing days and later served as sports administrator with distinction.

On the playing arena, he exemplified discipline and true sportsmanship, and as a sport administrator he made committed efforts towards uplift of sports and promotion of sportspersons, Metha added.

Kenye in a condolence message said late Satuo was a very good example of an honest and successful businessman among the older generation of the Nagas which had left legacy to the new generation entrepreneurs to follow his footstep.

He was a social worker who had immensely contributed his selfless services to our people in different capacities, Kenye said.

“He was a pioneer and renowned sportsman, an upright and straight forward leader and a good Christian father,” he added.

On his demise the Naga people have lost a peace loving and an honest prominent senior citizen whom Nagas were always proud of him, Kenye further stated.