Solution to Naga issue should be inclusive: PDA 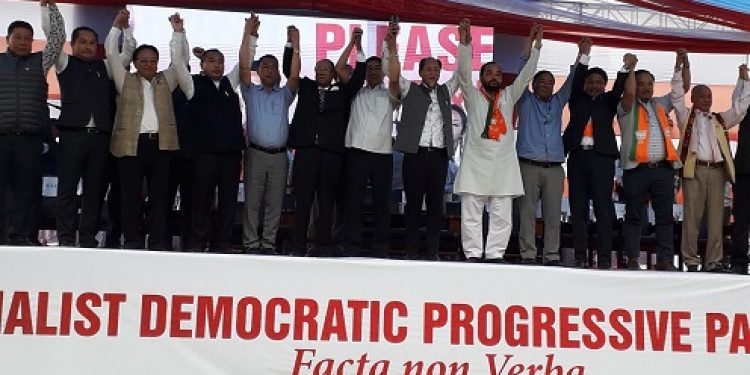 The People’s Democratic Alliance (PDA) on Monday said that the solution to Naga issue should be inclusive, honourable and acceptable to the people.

The PDA, comprising NDPP, BJP and independent parties, along with its legislators and senior party functionaries, held a coordination meeting in Kohima to deliberate on the ongoing Naga talks.

PDA convenor Chingwang Konyak and state BJP president Temjen Imna Along said it had always maintained a consistent stand all along on the Naga political issue and never reverted back on collective decisions and policies “unlike others”.

At the meeting, the PDA partners unanimously endorsed to support the August 7 resolutions of the Joint Legislators Forum on Naga Political Issue.

The Forum at a meeting resolved to continue to play the role of an active facilitator to the ongoing peace process.

They also decided to meet all the stakeholders to create better understanding in order to cultivate a common voice aimed at bringing early solution.

It also resolved to appeal to all the negotiating parties with the Centre to come together, sit across the negotiating table and rise above all difference and to unite for the sake of the Naga people.

The NNPGs on Sunday asked the political parties in Nagaland to clear their positions on the ongoing talks in the interest of the Naga people.

The organisation said the Naga people must remain reassured by the commitment of the elected legislators in the event of a Naga solution.