Nagaland government advises people, who are planning to return to the state in flights, to postpone their return for the time being 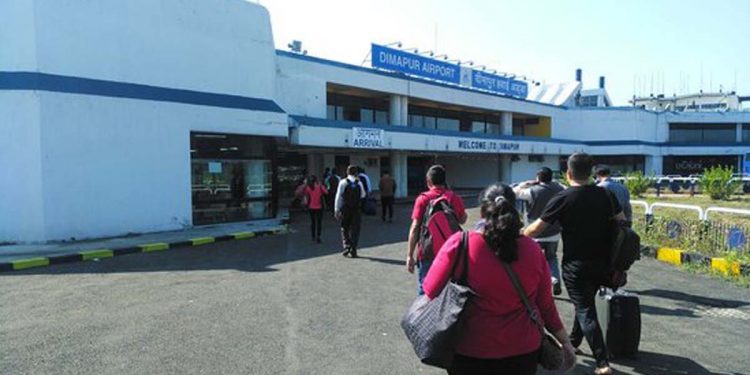 The Nagaland government on Thursday advised all the people, who are planning to return to the state on the resumption of commercial flight services, to postpone their return for the time being.

Principal secretary (home) Abhijit Sinha said those whose return is unavoidable will be medically screened upon landing at Dimapur Airport and thereafter taken to institutional quarantine centres designated by the state government in Dimapur.

In the advisory, principal secretary (home) Sinha said the returnees will have to mandatorily undergo a minimum 14 days’ quarantine.

He said all the inter-state borders will continue to remain sealed till further order.

In his statement on the status of COVID-19 in the state, Sinha said as of 5 pm on Thursday, a total of 69 samples of suspected cases were sent from testing.

The results of 65 samples have been received and they are negative.

The results of the remaining four samples are awaited, he said.

Sinha also said the state government has ordered a magisterial inquiry by the Niuland additional deputy commissioner into the incident involving Dr Nosezol Sezo, who was reportedly assaulted and his vehicle damaged by police personnel while he was returning home on April 3 night.

The inquiry will go into all the facts and circumstances leading to the incident and fix responsibilities on those guilty.

The inquiry officer has been asked to submit the report by April 18, he said.

Sinha also said the position of availability of food grains, medicines, petrol, diesel and other essential commodities continues to be normal in the state.