Nagaland governor Ravi, working to a Delhi-imposed Oct 31 deadline to find a final solution, has blamed the NSCN(I-M) for “creating roadblocks” 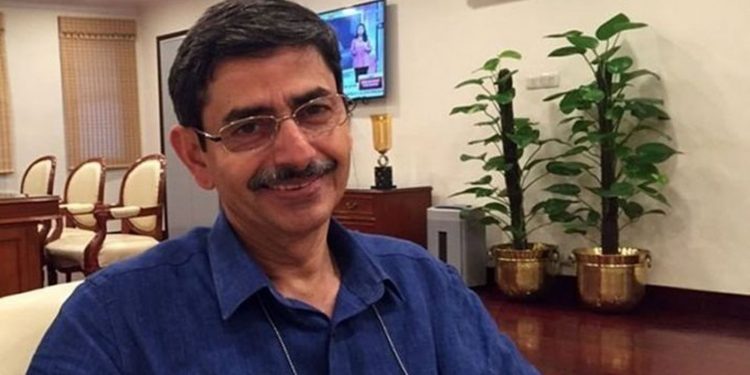 A 2014 article on Nagaland’s ‘descent into chaos’ by R.N. Ravi, India’s Naga peace process manager, has gone viral on the social media.

That a five-year-old article by the present Nagaland governor has gone viral at a time when Ravi is under pressure to conclude a final settlement of the six-decade old imbroglio is significant.

Especially because the article, which drew huge flak from pro-Muivah elements when it was first published, is probably now being circulated by anti-Muivah groups.

Also read: RN Ravi under pressure to deliver Naga Accord

These groups are close to smaller Naga rebel factions who are not friendly to NSCN (I-M) and who support a final settlement without insisting on a separate flag and a separate Constitution.

In his 2014 article, Ravi, a former Intelligence Bureau officer, had lashed out at the fratricidal strife in Naga society since the 1997 ceasefire, subtly blaming the NSCN(I-M) for these killings.

“Over 1,800 Nagas have been killed in some 3,000 fratricidal clashes since the beginning of the ‘ceasefire’ (1997-2013). Contrast it with the violence during the 17 years preceding the ‘ceasefire’ (1980-96) that took a toll of some 940 Naga lives in 1,125 clashes mostly with the security forces. The irony is underscored by the fact that while the security forces and the NSCN (I-M) have been at mutual ‘peace’ during the ‘ceasefire,’ twice as many Nagas have died, killing one another in some 300 per cent escalation in fratricidal violence. The vector of violence has turned inward with a vengeance, from between the security forces and the Naga militias to the one among the Nagas themselves. Some in New Delhi gleefully chuckle at their remarkable feat of trapping the ‘belligerent’ Nagas in this vicious cycle of fratricidal killings.”

After the article was published, Ravi came in for considerable flak by supporters of the Naga peace process.

They described his piece as “distorted, one sided, divisive and destructive”.

One commentator even blamed his attitude as responsible for failing to find a solution to the Naga problem.

“If this is the attitude and spirit of officials taking part in the peace process no wonder why it has taken more than 16 years to find a mutually agreeable solution,” said commentator Lakpachui Siro.

But the circulation of this article five years after it was written reflects the continuing tensions arising out of India’s failure to sign a final settlement of the Naga issue.

Nagaland governor Ravi, working to a Delhi-imposed Oct 31 deadline to find a final solution, has blamed the NSCN(I-M) for “creating roadblocks” when a draft final agreement is ready.

He has blamed the NSCN(I-M) , which insists on a separate flag and a separate constitution for the Nagas, for raking up ‘imaginary issues’ when the stage for a final settlement has been set.

Analysts say India, guided by Ravi and PM Modi’s national security team, is perhaps preparing for a final settlement minus NSCN(I-M) and with other Naga rebel factions .

Ravi’s continued emphasis on NSCN(I-M) being a Manipur group (dominated by the Tangkhul tribe) is significant – as is his latest formulation that the other Nagaland-based rebel factions broadly designated as Naga National Political Groups (NNPGs) are  key to the final settlement.

After the developments in Kashmir, the Modi government is in no position to pander to Muivah’s formulation of ‘shared sovereignty’.

But some analysts see this as flawed – bypassing the strongest rebel faction which has six to seven thousand fighters is not sensible, they say.