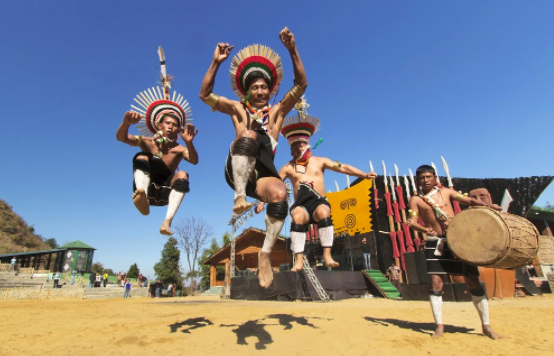 DIMAPUR: The ten-daylong Hornbill Festival of Nagaland which concluded on Monday night drew a whopping 2,51,701 number of visitors.

Tourism and art and culture Advisor H. Khehovi Yepthomi in his concluding remark expressed gratefulness to everyone for making the festival a “resounding success.”

Tourists and guests got special mention for their participation, with appeals to them to be friends and ambassador of Nagaland; they were requested to come back to Nagaland in 2019.

This year, Nagaland Tourist Police was introduced for the purpose of safety and security of tourists during the festival. The whole stretch of Naga Heritage Village Kisama was declared as “Plastic Free Zone” including Hornbill NightBazar in Kohima city. There was also restriction on sale of tobacco productions at Kisama.

Hornbill Festival is an annual event in Nagaland held at the Naga Heritage village in Kisama about 12 km away from Kohima city.