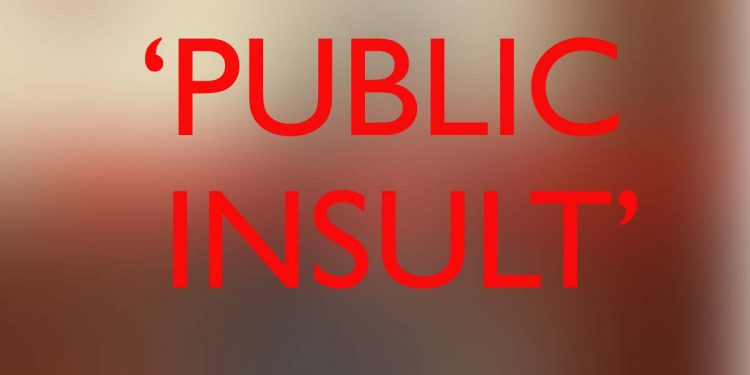 A retired Army officer from Nagaland has sought apology from the director of Nagaland Youth Resources and Sports Department accusing her of insulting the retired officers of the Indian armed forces.

In a letter on May 7 to Akumla Chuba, the director of Directorate of Youth Resources and Sports, Major (retired) Zakievilhou Zinyu said the department’s advertisement no. DYRS/YS-C/2010-15 published in local newspapers on May 7 is an open insult to the officers of the Indian armed forces in particular and all the government officers in general.

The letter, titled “protest against public insult to retired officers of the Indian armed forces”, is circulating on social media.

The letter pointed out that a rifleman (sepoy) in the Indian Army is paid monthly salary at Level 3 of the 7th Central Pay Commission (CPC) pay matrix.

Officers of the rank of Major, Lieutenant Colonel and Colonel are paid at levels 11, 12A and 13 respectively of the 7th CPC pay matrix, it added.

“The advertisement calling for retired Colonel to a post of a with a pay scale of Rs 12,000 not only publicly insults the officers of the Defence forces but also reflects the lack of basic intelligence and courtesy in the functioning of a senior NCS officer holding the post of Director of a state directorate,” the letter said.

In the advertisement, issued by Chuba, for the post of manager and warden at youth hostel, Dimapur, the required experience sought was at least 3 years working experience in the field of hostel/hotel industry or running boarding schools/guest houses or retired defence force officers in the rank of Major/Lt. Colonel/Colonel/equivalent rank of the Army, Navy, Air Force or retired government officer of Central/State Government having other working experience of youth activities.

When contacted by this correspondent over the phone, Major (retired) Zakievilhou Zinyu confirmed writing the letter.

He said he felt insulted and his dignity was hurt when he saw the advertisement in “public space”. “So, I had written the letter to her,” he said.

He said he did not have any malicious intent to smear the image of the director or disgrace her and is against spreading hatred through social media.

“But the letter was circulated on social media over which we have no control,” he added.

Major Zinyu said Chuba had replied to his letter saying that she issued the advertisement as per the direction of the Union Ministry of Youth Affairs and Sports, Youth Affairs Department (Youth Hostel Section) and that she had no intention to hurt the sentiments of retired armed forces officers.

However, Major Zinyu said she is a director and not a clerk.

She should have understood that such an advertisement is “out of place” for retired officers.