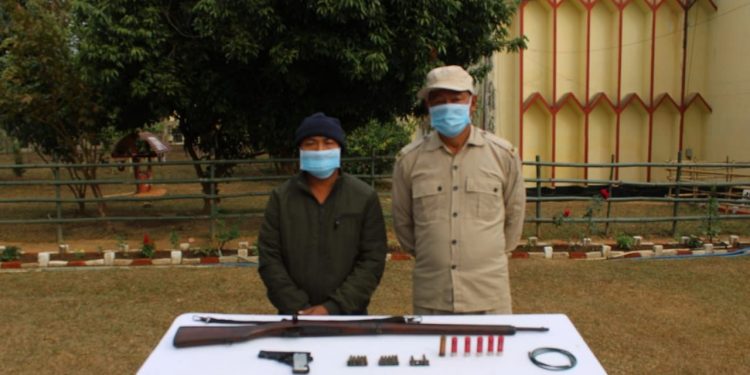 Assam Rifles and Nagaland police in a joint operation have arrested a suspected militant with arms from Nagaland’s Peren district.

Acting on an intelligence input, a team of police and security forces launched an operation at Kedime Colony in Jalukie area and arrested the suspected militant.

The apprehended person and the recovered items were handed over to the Jalukie Police Station for investigation.