On the fourth day of ‘Cultural Connect’ at Hornbill Festival, 17 Naga cultural troupes presented a glimpse of various Naga traditions 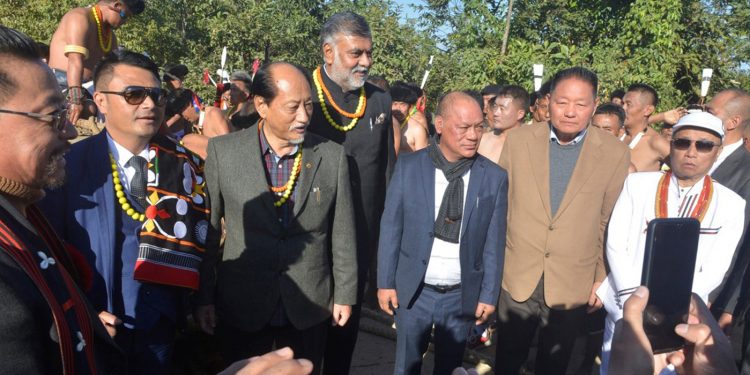 The stone pulling ceremony, organized as part of the ongoing Hornbill festival at Mima village in Kohima district on Wednesday, mesmerized MoS for tourism and art & culture Prahlad Singh Patel.

The ceremony also marked the commemoration of 75 years of embracing Christianity in the village.

The ceremony was also attended by Nagaland chief minister Neiphiu Rio among a host of dignitaries.

The stone pulling symbolises forgiveness, friendship, peace and reconciliation to the enmities that the village had before the coming of the gospel to the village.

It is also a remembrance to the pioneers of faith to show that their sacrifices have not gone in vain. 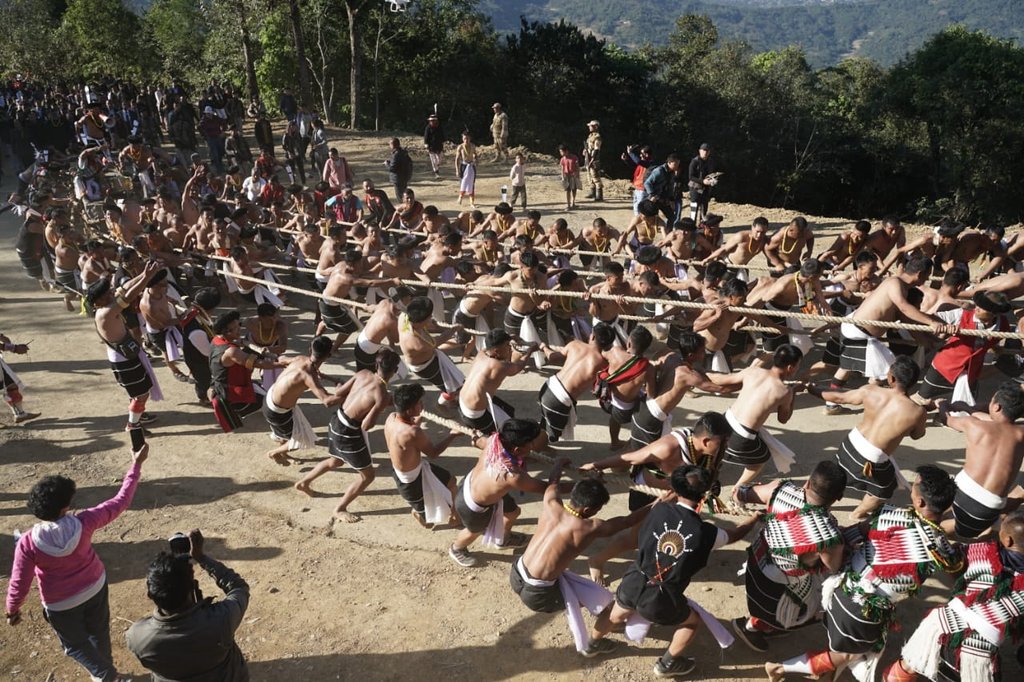 Around 600 stone pullers, along with thousands of well-wishers from neighbouring villages and frontal organisations of Angami community, participated in the stone pulling event organised by the Mima Village Council.

The stone was pulled from Mima gate near Kigwema village to Mima Village Ground covering a distance of nearly 1 km.

The stone was reportedly 21 feet in length, 2.5 feet high and 4 feet wide and weighed more than 10 tons. 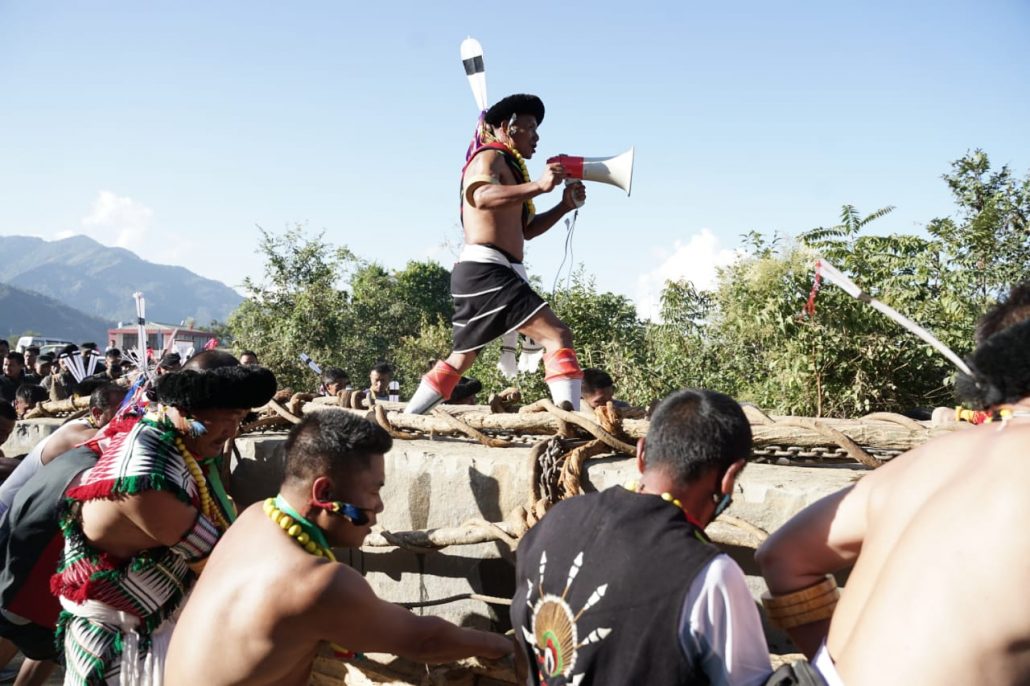 Angami Naga village, Mima is nestled in the bosom of Mt. Japfü, located about 16 km south of Kohima, and popularly known for its rare and distinct traditional underground apiculture.

The village was declared as ‘The Honey Village’ for producing one of the best quality honeys in the country.

On the fourth day of ‘Cultural Connect’ at Hornbill Festival at Kisama on Wednesday, 17 Naga cultural troupes presented to the visitors a glimpse of various Naga traditions.

The cultural troupes presented the way wars were fought, rituals performed, celebrations after a bountiful harvest to activities like fishing, pounding of rice and babysitting.

Union minister Prahlad Singh Patel was the special guest of the evening session while chairman, GEM Hospitals, C. Palanivelu was the honoured guest.