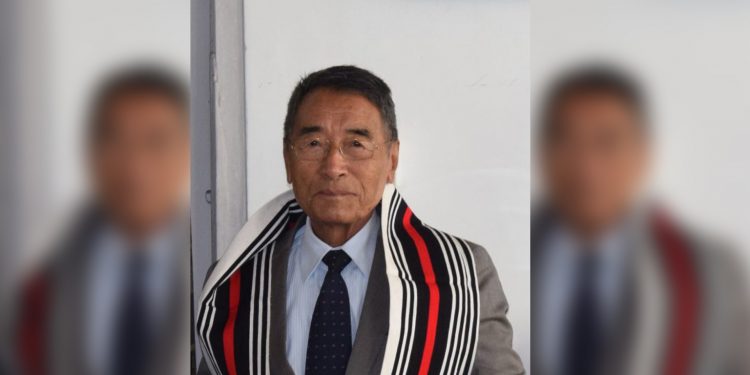 “By forgetting their responsibility to highlight the achievements of their government, which is in power today, if they go on attacking the opposition people repeating the same allegations, again and again, it is for the people of Nagaland to judge if such a government can deliver goods to the people as a welfare state,” said Liezietsu.

The NPF chief was reacting to an NDPP statement mocking him of being a “fortune teller”.

The NDPP on July 26 branded Liezietsu as a “fortune teller” for predicting the downfall of ruling party like all other regional parties which were formed in Nagaland to grab power.

“Let me say that I am not a fortune teller because unlike them, I do not believe in such practices. I am a simple Christian,” Liezietsu said.

“I attend Church on Sundays regularly, sit at the backside, listen to the sermon and come back home happily, eat well and sleep well, that is all,” he further added.

“Unlike them, I neither envy others nor have I ill will against anyone. I only speak out what is in my mind,” Liezietsu said.

He clarified that he had said the NPF is the only viable regional political party which represents the identity and the personality of the people of Nagaland.

He said he had told his party people that the NPF is the only party that survived against all odds for more than 50 years because “this party was handed down to us with a purpose by our elders”.

“That day in Dimapur, I was speaking to my own party people when I mentioned the names of other political parties that came up and disappeared, including NDPP,” Liezietsu said.

He said if the NDPP was hurt and feels that it does not belong to that group of political parties and if it feels that they are growing from strength to strength every day, let the matter end there.

“I have no argument. I have nothing to say even if they grow out of proportion one day,” he said.

Liezietsu also flayed the NDPP for talking about his chief ministership and alleged that his government was dismissed unceremoniously by the BJP.

“The BJP government at the Centre with the help of the then Nagaland governor and some tall leaders in the state toppled my government unceremoniously,” Liezietsu said.

He said the NDPP always seems to be amused for that dismissal because they played their role well in “that drama” and considered it a success on their part.

Liezietsu maintained that he has no regret for it because he had never asked for the chair of the chief minister.

He further added that he was offered the post or forced to take up the responsibility under the compelling situation when Nagas lost two precious lives with more than 20 government offices burnt down in the state capital itself.

“We need not go further to find out who was responsible for creating such a situation,” he said.

Liezietsu said he played his part fair during his short stay as CM and brought the situation under control within one month’s time.