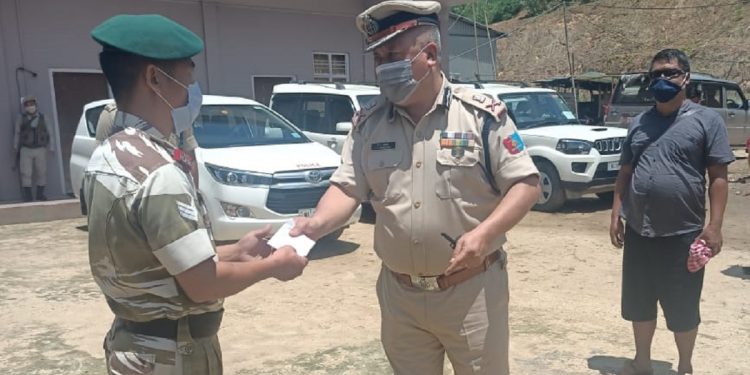 He was deployed at Vikoto village in Mokokchung district in Nagaland bordering Mariani in Jorhat district of Assam.

Longkumer also interacted with the police officers deployed in Vikoto and Aosenden border observation posts along the border.

He handed over two generators and assorted materials for the temporary posts, Nagaland police said.

Meanwhile, following the decision of the Assam government to set up Assam police battalion camps at strategic points along the Assam-Nagaland boundary, the 14 Naga Tribes Hoho (apex body) of Nagaland at a meeting in Kohima on Wednesday urged the State government to take responsibility for resolving all border issues with Assam amicably and ensure safety of people of the State.

General secretary of the hoho Laji Luyanba told media persons that the hoho discussed recent border issue and inter-state boundary disputes at the meeting and decided to ask the State government to take responsibility for resolving all the issues across the table.

He said the hoho was of the view that the innocent people of the State should not be affected by border disputes and consequent situations.

Luyanba said the State government must take cognizance of the concern expressed by the 14 Naga tribes by taking them into confidence.