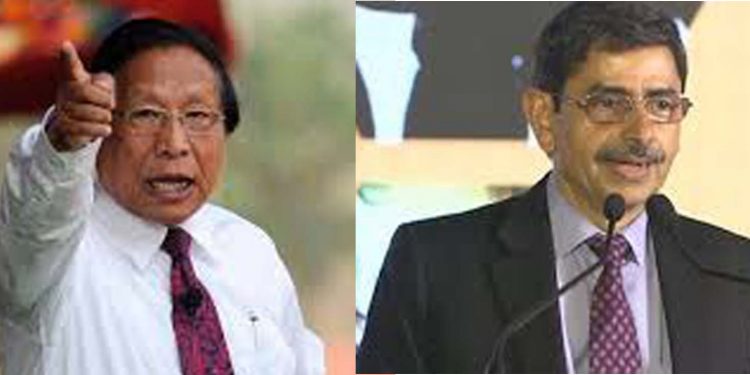 The Centre represented by Naga peace manager and Nagaland Governor R N Ravi will hold a crucial talk with NSCN-IM leaders in New Delhi on Monday.

The NSCN-IM will be represented by Ato kilonser and chief negotiator, Th Muivah.

Monday’s meeting is likely to be the final meeting before the three-month deadline set by Prime Minister, Narendra Modi, to conclude the negotiation, expires on October 31.

It may be recalled that for nearly two years, government of India and NSCN (I-M) have not been able to amicably settle the latter’s demand for separate Naga national Flag and Constitution.

Ravi had told prior to being named as the Governor of Nagaland, Prime Minister, Narendra Modi had tasked him to settle the Naga political issue within three months.

Ravi also made it clear that the three-month time-frame should not be construed as an ‘ultimatum’.

To resolve this contentious issue, Ravi and NSCN (I-M) led by Th Muivah have held series of meetings till October 24 with no positive outcome.

Depending on the outcome of October 28 and October 29 crucial meetings, Ravi is likely to convene a joint meeting with both the negotiating parties (NSCN and NNPGs) where he is expected to work out modalities for all negotiating parties to jointly sign the final agreement.