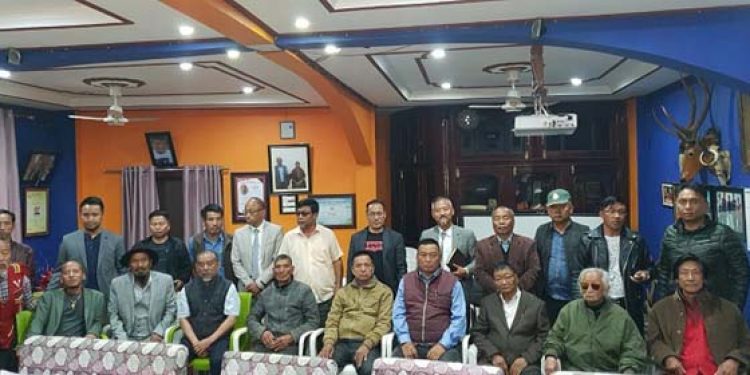 The Naga National Political Groups (NNPGs) on Sunday said New Delhi has decided to conclude the ongoing negotiations on resolving the Naga issue within October 31.

The NNPG in a statement said the meeting between Centre’s interlocutor R.N. Ravi and tribal bodies, along with all stakeholders, in Kohima on October 18 widely accepted and endorsed that any unresolved matters should be decided through political and democratic process after the agreement comes into force.

According to reports, Ravi will hold formal meetings with the NSCN (IM) leaders in New Delhi on Monday and the working committee of NNPGs the next day.

The committee said for the past few years, the entire Naga society of Nagaland had been demanding early solution from the government of India and that the Nagaland political parties had also met the Union government asking for an early solution.

It asked why the negotiating parties did not address the issue of Naga flag, constitution and integration in the initial years in the past 22 years of ceasefire.

The committee said these three issues were raked up in the 20th year of negotiations, threatening to derail the 22 years of negotiations between the government of India and the NSCN (IM).

It can only be seen as a deliberate ploy to keep the Indo-Naga political matters in a limbo, which is most unfortunate, the committee said.

It went on to say that the government of India decided to act on the deadline as demanded by the Naga legislators and tribal leaders.

“It is time for the elected leaders who have taken oath of office and secrecy under the Constitution of India to come forward and clearly express their stand,” it said.

Stating that the position and status of elected representatives of Nagaland cannot remain lukewarm, the committee said “they cannot choose to hide behind the boulders blocking the way”.

It said the Naga tribes have spelled out their position and added if the Nagaland political parties fail in their constitutional duties and obligations, they should resign and allow the Election Commission of India to derecognise the parties.

The committee said it is time for the political parties in the state to clear their positions in the interest of the Naga people.

It added the Naga people must remain reassured by the commitment of the elected legislators in the event of a Naga solution.