The meeting is underway at the Chumukedima Police Complex at Dimapur in Nagaland. 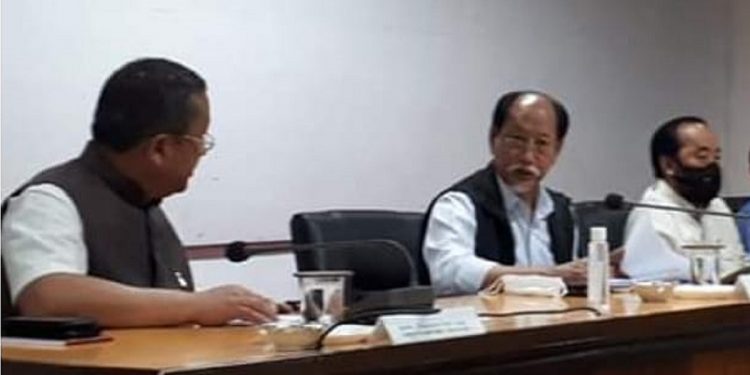 The crucial meeting of the core committee on Naga political issue has begun in Dimapur in Nagaland.

The meeting is underway at the Chumukedima Police Complex at Dimapur in Nagaland.

The core committee comprises of 15 MLAs as members – five each are from the BJP and the NPF, four from the NDPP and one independent MLA.

The meeting has been called to deliberate the proposed Naga peace agreement between the Centre and the NSCN-IM and the NNPGs.

The meeting will discuss on arriving at a solution or at least finding a way forward to resolve the decades-long Naga political issue.

Also read: Another COVID-19 variant makes way into the world, it’s now the time for ‘Lambda’