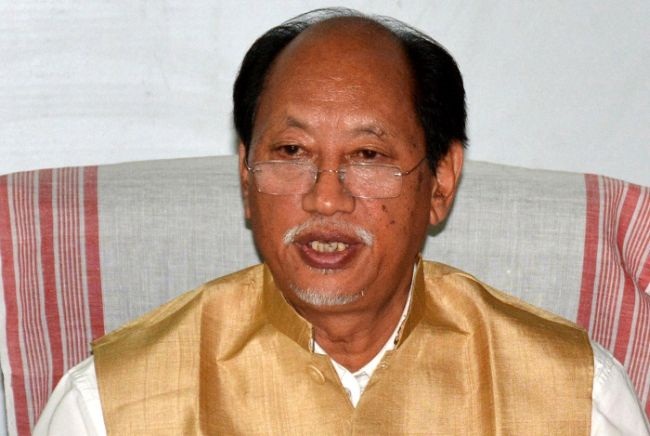 Nagaland chief minister Neiphiu Rio on Thursday reviewed the progress of the relief and rehabilitation works in Kiphire, the worst affected district in the recent floods and landslides in the state.

He sanctioned Rs 10 lakh from the Chief Minister’s Relief Fund as immediate financial aid for the flood-affected people of the district.

“We have not forgotten you. The people of Kiphire are in our hearts and we share your concerns,” Rio said while addressing a review meeting of the relief and rehabilitation works in Kiphire.

He said the state government was trying its best to restore normalcy in Kiphire district.

The chief minister said response to calamities and disasters can be mitigated to a large extent with cooperation and support from the public since the government alone cannot do everything by itself.

He expressed appreciation to the government machineries and the people of the district for coming together in times of trouble to work collectively to alleviate public suffering.

He called upon the people to continue to extend cooperation to the Government agencies for effective disbursement of relief to the affected people.

Sonowal informed that Union Home Minister Rajnath Singh called him to enquire about the situation in Nagaland, which shows that the Centre is deeply concerned about Kiphire district in particular and the Nagas in general.

Rio said an inter-ministerial central team would visit the state from September 4 to conduct a survey on the extent of damages caused by natural calamities.

He also spoke about the government’s desire to hold a Cabinet meeting in Kiphire district to reach out to the people and get a first hand report of their grievances and difficulties.

Lok Sabha Tokheho Yepthomi MP stressed on disaster preparedness to ensure effective response to any natural calamity. He said timely documentation and communication was important to highlight the damages faced due to disasters.

Minister for urban development and municipal affairs Metsubo Jamir, who also accompanied the chief minister, said the PDA MLAs had donated one month’s salary to the Chief Minister’s Relief Fund.

He said this was not a time to submit memorandums but a time to work together with a spirit of brotherhood to help fellow Nagas in distress.

Kiphire DC Mohammed Ali Shihab expressed deep appreciation and gratitude to the state government for showing utmost concern to the people of the district.

He thanked the state government for providing timely assistance by airdropping essential commodities in the district headquarters, Pungro, Seyochung and various other remote corners of the district.