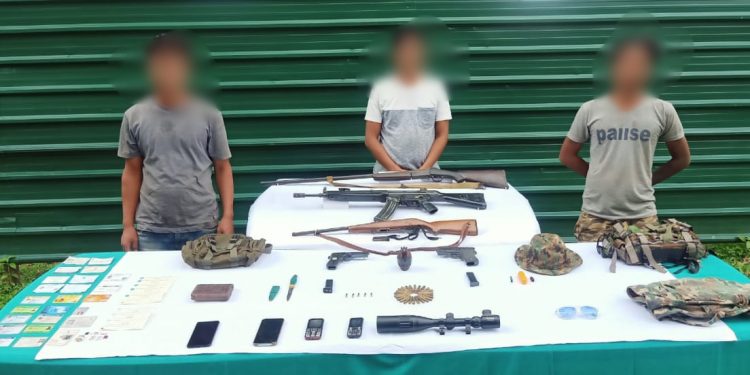 In a major breakthrough against extortion activities by undergrounds in Nagaland, troops of Assam Rifles in a joint operation with Nagaland Police apprehended three cadres of NSCN (K-YA) near Old Showba, Nikheku and Thilixu village in  Dimapur District between Saturday and Sunday last.

This was informed in an official press release issued on Tuesday.

Based on specific inputs, the troops launched an operation and apprehended the cadres belonging to the proscribed group from the area.

The apprehended individuals along with recovered items have been handed over to Diphupar Police Station for further investigations.