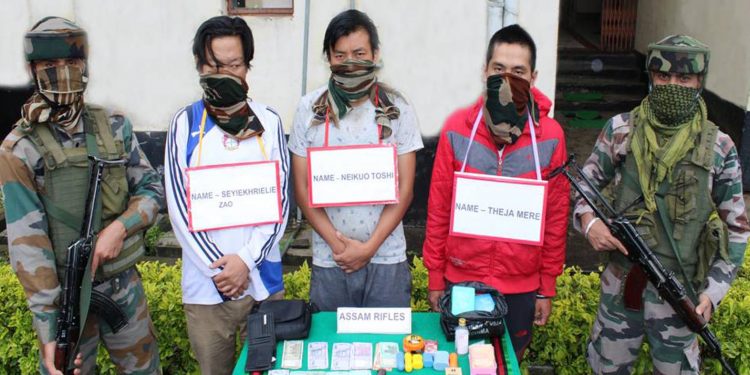 Fifteen grams of brown sugar valued at Rs 1.5 lakh were also recovered from their possession.

The release said based on specific input, the troops launched an operation and apprehended the drug peddlers from the area.

The trio has been identified as Neikuo Toshi (30) of Lower T Khel, Seyiekhrielie Zao (33) of Jail Colony and Theja Mere (31) of Lower Bayavu Hill in Kohima district.

During the operation, the Assam Rifles personnel also recovered one .22mm pistol and two rounds of .22 mm pistol ammunition from the apprehended persons, the release said.

They were handed over to Kohima police along with the recovered items.

In another incident, the Assam Rifles seized 58 cases of IMFL at Kushiabil village, Dimapur, on Wednesday.

One person Tokiyo Sumi, aged 24 years, of Kushiabil village was apprehended in this connection.

He was handed over to Dimapur police later.