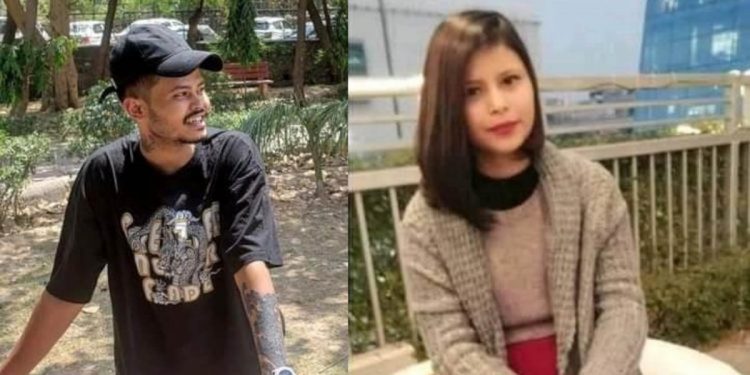 Tura MP and former Union minister Agatha Sangma has written to Union home minister requesting him to initiate a probe into the mysterious deaths of two youths from Dimapur in Delhi. 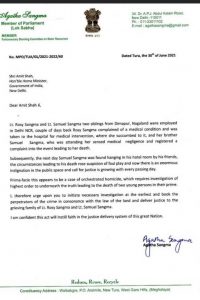 Couple of days back Rosy Sangma complained of a medical condition and was taken to the hospital for medical intervention, where she succumbed to it and her brother Samuel Sangma, who was attending her sensed medical negligence and registered a complaint into the event leading to her death, Sangma wrote.

“Subsequently, the next day Samuel Sangma was found hanging in his hotel room by his friends, the circumstances leading to his death rose suspicion of foul play and now there is an enormous indignation in the public space and call for justice is growing with every passing day,” the letter said.

“Prima-facie this appears to be a case of orchestrated homicide, which requires investigation of highest order to underneath the truth leading to the death of two young persons in their prime,” the parliamentarian, who is also a member of the Parliamentary Standing Committee on Water Resources, said.

The MP from Meghalaya has urged Union home minister Shah to initiate necessary investigation at the earliest and book the perpetrators of the crime in consonance with the law of the land and deliver justice to the grieving family of Lt. Rosy Sangma and Lt. Samuel Sangma.

“I am confident this act will instill faith in the justice delivery system of this great nation,” she further said.

Meanwhile, the Nagaland government has also asked the Delhi Police to expedite investigation into the mysterious deaths of two youths from Dimapur in the national capital.

Additional chief secretary and chief resident of Nagaland House in Delhi, Jyoti Kalash has written to the additional commissioner of Delhi Police requesting for “expeditious investigation” into the mysterious deaths of the two cousins at Gurugram on June 24.