AGP’s flip-flop stand on CAB has brought mistrust and shame before the nation: NPCC 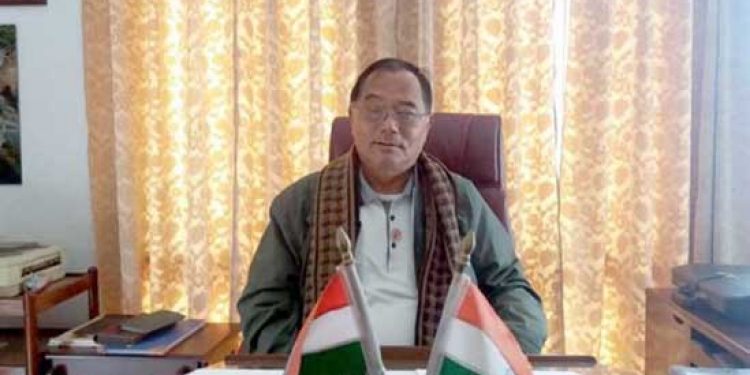 The Nagaland Pradesh Congress Committee (NPCC) on Saturday appealed to all like-minded political parties, societies and organisations to support the Congress nominee, K.L. Chishi, for the upcoming Lok Sabha polls in the State.

In a statement, NPCC president K. Therie said Chishi was chosen as the Congress candidate to contest the lone Lok Sabha seat in Nagaland after wide consultations to accommodate the views of like-minded parties, societies and groups.

Calling Chishi a matured, seasoned and tested statesman, the PCC hoped the Congress candidate would be much stronger with the support of all concerned.

Therie said the Congress had earlier also appealed to like-minded political parties for their support to its candidate in view of the common belief in the ideas of secularism, opposition to Citizenship (Amendment) Bill and for early political solution of the Naga political issue.

“We hope they continue to stand by the political objectives which they have made before the people of Nagaland and the nation,” the statement said.

The NPCC also said the AGP’s flip-flop stand on CAB has brought mistrust and shame before the nation. It pointed out that the AGP withdrew from NDA and North East Democratic Alliance (NEDA) protesting against CAB but again sealed seat-sharing pact with the BJP even after BJP president Amit Shah had asserted in Guwahati on February 17  that it would get the CAB passed if the party comes back to power again.

“This has given the nation a wrong impression of the NE and we must not repeat this in Nagaland,” the NPCC said.

It said this idea of Amit Shah, which is detrimental not only to the interests of Nagaland but also the entire NE, must be defeated.

The Congress assured to scrap CAB and defend “our faith” at all costs if it is given an opportunity.

Also, assuring to “deliver solution”, the NPCC said the Congress and the founding fathers of Nagaland Congress have delivered political solution in the past.

“Therefore, we are enjoying the fruits of statehood and are protected under Article 371(A).

Appealing to give the Congress another chance to deliver, the NPCC said, “If we do not, throw us out.”