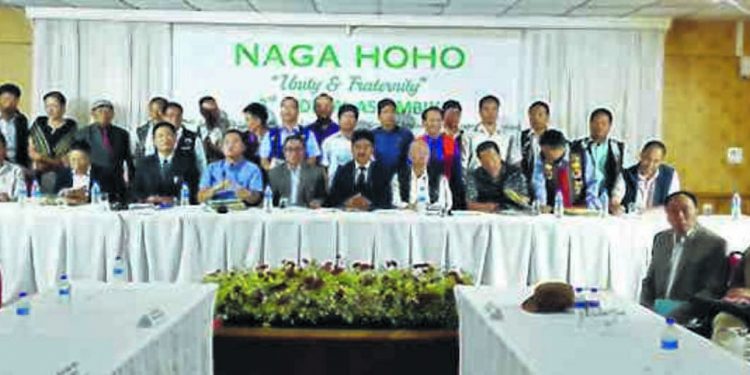 A total of 14 apex Naga Hohos of Nagaland on Tuesday said this is not the time for a negative campaign which may delay the Naga peace process.

The Naga Hohos have made their stand clear as the voice of the Nagas is growing louder each day for a peaceful solution to the protracted Naga political issue.

This is also not the time to engage in endless negotiations to remain in one’s comfort zone at the cost of peace and tranquility, they said.

“It is pertinent at this juncture to avoid double standard role of negotiation without any commitment for solution,” said a joint statement issued by the media cell of the 14 tribal hohos.

The statement said the Nagas have been reeling under a situation of uncertainties in absence of real peace for decades together and are desperate to have peace in “our land” and also with all neighbouring ethnic groups for all times to come.

The hohos appreciated the progress of political negotiations that have reached the final leg where inclusive agreement can be reached any time if the parties stand committed to the understanding of October 31, 2019.

They also put on record their sincere appreciation to the Centre’s interlocutor R.N. Ravi and the Naga negotiators for their magnanimity and dedicated engagement towards bringing lasting peace through an inclusive solution.

The hohos appealed to the negotiators to stand committed to the cause and deliver the long-awaited solution to the people.

Reiterating their campaign for an early solution, they urged PM Narendra Modi to demonstrate his magnanimity and generously address one of the oldest political conflicts with resounding effects in the country’s political history with no intention of change of the present interlocutor.