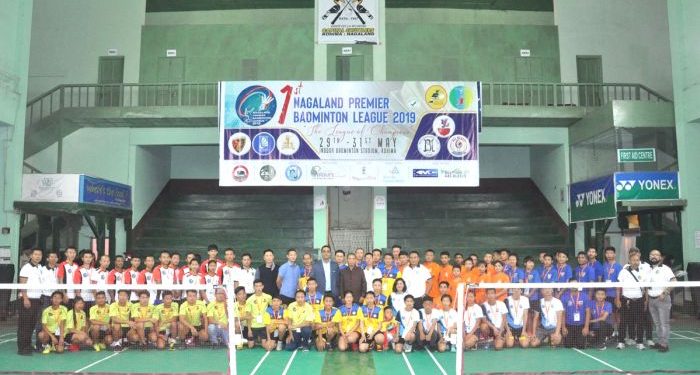 The first Nagaland Premier Badminton League 2019 got underway at the Indoor Badminton Stadium in Kohima on Wednesday.

As many 108 players from six teams from across the State are participating in this tournament, which will conclude on Friday.

He also added that sports not only keep one in good health but also build our confidence, leadership and sportsmanship and asked the students present to take up a sport or game for physical well-being.

He said Nagas are talented but they need to work hard to become professional both in the national and international level by working side by side with the coaches and trainers, and added that he would extend his help to the players.

NBC general secretary Joseph Sumi said the inaugural edition of Nagaland Premier Badminton League (NPBC) has been envisioned by badminton enthusiasts who created the NPBC Society with a vision to promoted badminton in Nagaland and would operate under the Guidelines BWF/BAI/NBA.