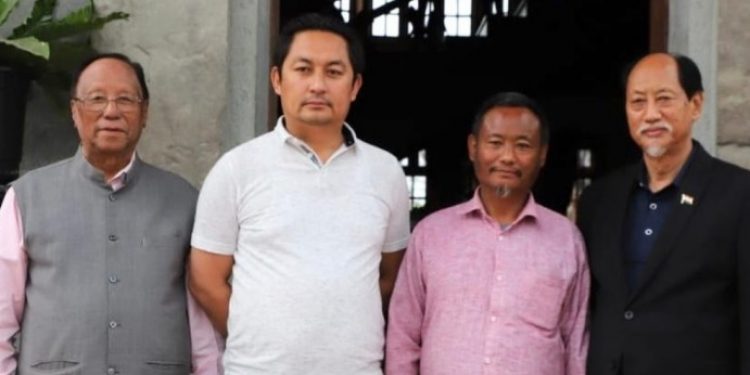 The NPP had filed an SLP seeking to set aside the order of Speaker of Nagaland Legislative Assembly who has accepted merger of two MLAs elected on symbol of NPP with NDPP.

A Supreme Court bench comprising Chief Justice of India Ranjan Gogoi and Justice Deepak Gupta has served the notices to the Speaker and the two MLAs.

The Supreme Court also issued notice on application for stay.

The issue involved in the SLP is of far reaching consequences in as much as more often than not two third MLAs of original political party get merged with the other party and claim merger of legislative party and set up the same as defence to disqualification.

In smaller states of the country, the issue has become important as parties trying to cobble majority engineer defection in smaller parties by getting merged legislative party and claim merger of original political party.

It is against the mandate of 10th Schedule of the Constitution.

Earlier, the NPP had challenged the order of the Speaker of Nagaland Legislative Assembly before Supreme Court by way of SLP which was registered as Diary No 12164-2019 in early April.

The NPP had argued that the order of the Speaker is in gross violation of paragraph 4 of Xth Schedule of the Constitution whereby two Legislators elected as members of NPP have been allowed to be merged with ruling party that is NDPP.

The NPP had also said that it violated the principle of natural justice as no notice was issued to the NPP before passing the order on merger of two legislators with NDPP. Furthermore, there was no merger of original political party that is NPP with NDPP.