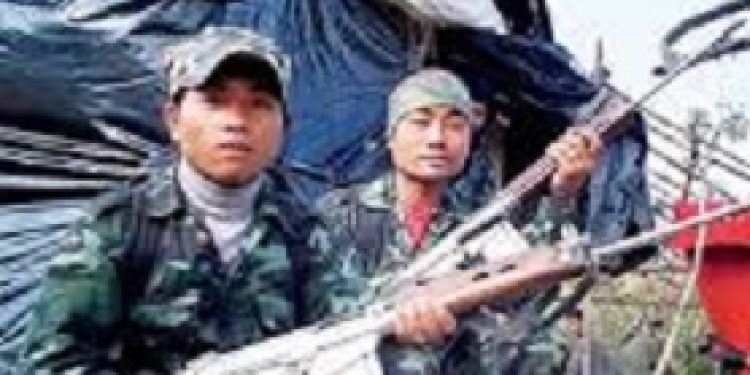 Few “rogue” cadres of the Isak-Muivah faction of the National Socialist Council of Nagaland (NSCN-IM) are supplying sophisticated weapons to Maoists.

Reports stated that two senior officials of the National Investigation Agency (NIA) made this revelation and said that the weapons provided to Maoists are being smuggled from Myanmar.

A Ministry of Home Affairs (MHA) official, requesting anonymity, said, “Athough there isn’t any direct evidence yet that NSCN-IM, as an organisation, is directly involved in the smuggling of arms from Myanmar, and supplying these to Maoists, it is up to the outfit to control rogue elements helping the red ultras in their own capacity.”

The officials added that this is the first time NIA has come across instances of Nagas providing arms to Maoists.

The MHA official termed this a “dangerous trend” and said “peace parleys between the Naga groups and the Indian government could derail”.

VS Atem, NSCN-IM’s Collective Leadership member has outright denied his outfit’s involvement: “We have nothing to do with smuggling of arms to anyone. Also, we haven’t heard anything from any investigation agency yet.”

On February 7 last, the Bihar Police intercepted a Tata Safari car and recovered five sophisticated weapons, including two Under Barrel Grenade Launchers (UBGLs) and three AK-47 rifles, apart from a huge cache of ammunition from it.

The government has directed NIA to investigate the matter.

In its FIR filed on February 28 last, the central agency has claimed that these weapons were being “smuggled from across the Myanmar border with the help of some Naga undergrounds to be supplied to Maoists and gangsters in the country”.

NIA investigators further revealed that the Naga militants, associated with NSCN-IM, were in touch with some members of TPC or Tritiya Prastuti Committee, a left wing extremists’ organisation which operates from Bihar and Jharkhand, and this arms consignment was meant for the latter.

Buttressing the NIA claims, two CRPF officials confirmed that they have come across information as regards Maoists being helped by Naga militants.

“The Naga militants indulge in smuggling of arms and ammunition to make money but if Maoists are ordering sophisticated weapons from them, then they need to be stopped,” said a CRPF officer who spoke on condition of anonymity.

NIA investigators are on the job trying to find out whether the February 7 case was a “one-off incident” or more arms have been supplied to the Naxals.

The NSCN (I-M) in a recent meeting with RN Ravi, Deputy National Security Adviser who is the Centre’s interlocutor in the Northeast, refused to settle for anything less than a Greater Nagaland state, and a separate flag and Naga constitution.

The outfit signed the Framework Agreement with the NDA government in 2015 and several meetings have taken place since involving various stakeholders, apex tribal bodies, legislators and civil society organisations in Nagaland, but with little progress.