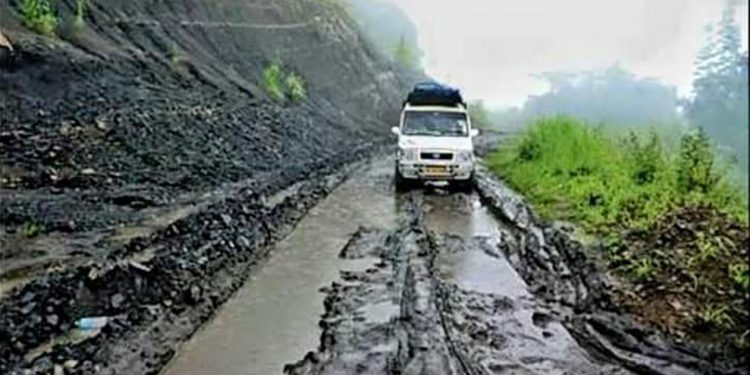 Image for representation purpose only.

The highway construction works from Chakabama to Zunheboto (50 km) in Nagaland has been suspended since September 14, 2019, said Shivalaya Construction Company Pvt. Ltd. (SCCPL).

In a press release, company manager Sandeep Dhiya claimed that all construction works and services have been affected and completely stopped by the residents of Thenyizu village and other local people.

He also said all staff members and workers of the contractors were living in fear as their accommodations/camps are located near the Thenyizu village.

According to the manager, the villagers were raising compensation dispute against acquisition of their land by the National Highways and Infrastructure Development Corporation (NHIDCL) and demanding more compensation which he termed as “illegal”.

Dhiya stated that such suspension of works would have adverse effect on National Highway development works throughout Nagaland as contractors would leave construction sites and abandon the partly constructed highway.