All entry points/check gates manned by the police should be suitably strengthened to prevent any possible influx of illegal immigrants, says advisory 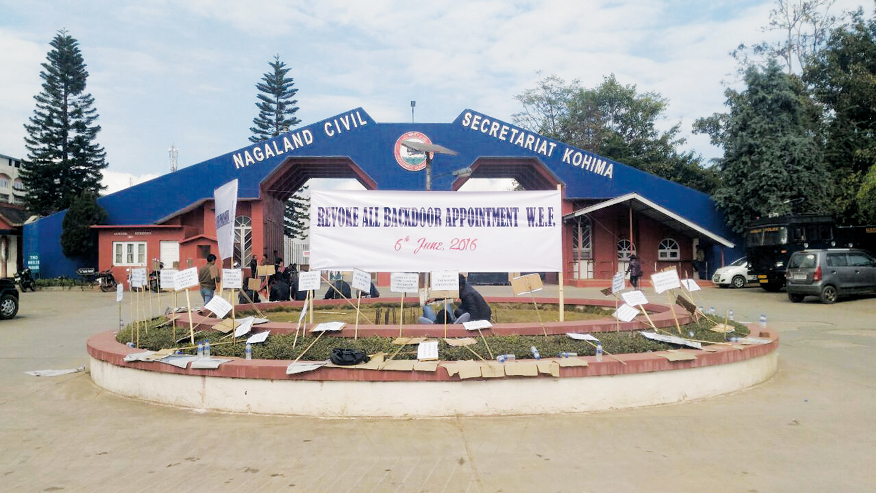 The Nagaland government on Tuesday issued an advisory as a preventive measure against possible influx of illegal immigrants into the state.

The advisory issued by the home department said all entry points/check gates manned by the police should be suitably strengthened to prevent any possible influx of illegal immigrants.

It further said mobile patrolling in vulnerable locations should be activated in the respective jurisdictions.

It said non-locals entering the state should not be allowed without the valid pass issued by the district administration.

Any unusual influx of outsiders without valid pass should be promptly brought to the knowledge of the district administration, said the advisory.

The government asked all the village/town/municipal authorities to take measures to strictly monitor the influx of people from outside the state in violation of the existing rules/norms.

It directed the district administration and police to properly check and verify the antecedents of any new incoming tenants and also to strictly monitor the regulation of inner-line permit (ILP), especially along the border areas.

In another development, the Public Action Committee (PAC) of the Naga Council Dimapur (NCD), in a representation to governor RN Ravi reiterated its earlier stand in addressing the issue of “illegal collection” of money by both the state government agencies and “non-state actors” in Dimapur.

Highlighting the complexity and delicate nature in dealing with the “social menace”, the representation pointed to the ceasefire between the government of India and the Naga political groups (NPGs).

The representation, signed by PAC convenor Vekhosayi Nyekha and co-convenor K Gokheto K Chophy, said the ceasefire between the government of India and the NPGs have brought about peace as well as economic benefits.

However, it said, the illegal collection of money by vested interests in the state government machinery (s) and the NPGs have increased manifold during the ceasefire period.

“Ceasefire has become a license for illegal collection. This is especially true in the case of Dimapur. The younger generation is losing faith in the existing rule of law since they have nowhere to redress their grievances,” it said.