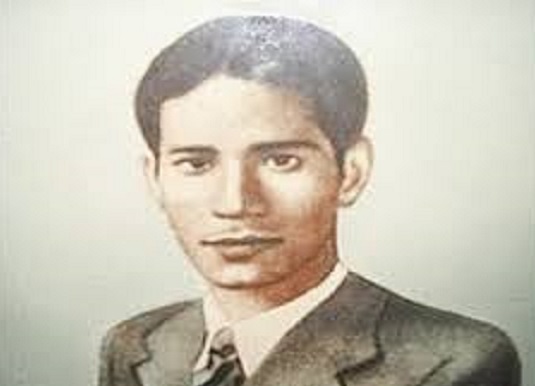 The award, instituted by the Nagaland government for sports personalities of the state from this year, was given away by governor PB Acharya to three coaches and one sports administrator on Independence Day in Kohima. No footballer was given the award though Dr T Ao was associated with football. One of the awardees reportedly did not even apply for the award.

Nagaland Kickboxing Association adviser Akihito Zhimo told reporters the awardees were selected without following the laid down guidelines of the state sports and youth resources department. He demanded a thorough investigation into the selection procedure adopted by the selection committee for the award that deprived one of the most deserving candidates, Mughato Sumi, who brought many laurels to the state in the field of football. Nagaland chief secretary is also a member of the selection committee.

“Gross injustice has been done to Mughato which is condemnable,” Zhimo stated adding the “discriminatory selection procedure” will not only discourage the players but also coaches as well.

Kuhuboto Area Sports Association general secretary Xusheto Sumi said the award should be given to the deserving person so that sports in the state did not suffer. He sees a bleak future for sports in the state if this trend of “discrimination in selection” for top awards continues.

He also appealed to the selection committee to be fair so that deserving candidates were not left out in future.

Midland village gaon burha (village headman) Khehuto Zhimomi, who is associated with different disciplines of sports for last 20 years, condemned the action of the selection committee for the award for depriving one of the most deserving candidates for the award. “This is not justified. This should not happen next time,” he said.

Zhimomi appealed to the selection committee to be serious in selection of the awardees.

“After doing so much in football for the state, I am very sad that they did this discrimination.” This was what coach Mughato Sumi had to say.

Congratulating the awardees, he said since Dr T Ao was associated with football, the award should have been given to one of the footballers of the state. Mughato was short-listed for the award.

He had led the state junior football team as coach to victories at the Subroto Internationals in 2014 and 2012 and also won the Subroto Nationals in 2008. The state football team won the AIFF Royal Gold Cup in 2009. It won the Senior Men’s trophy at the National North East Games in 2016 and was runners-up at the Asian Youth Football Fiesta (2015) in South Korea under his coaching.

Mughato also nurtured and produced three footballers from Nagaland for I-League. One of the three is currently with the ISL’s North East United FC.

He was awarded the Subroto Cup (International) best coach award twice and once for the Subroto Cup (National). He won the State Coach Award in 2013 and the Governor’s Medal in 2015. He is the only person from sports department to have been incorporated in the Nagaland Board of Secondary Education’s Life Skill Education subject.